But by LIMITS OF CONTROL standards it’s an action packed thrill-o-rama. It has a whole bunch of zombies digging out of graves like Thriller or RETURN OF THE LIVING DEAD, pulling out people’s intestines for a snack, and getting their heads chopped or blown off. They’re respectable zombies, too – o.g. slow shambling style, some personality to them, one played by Iggy Pop (DEAD MAN, THE CROW: CITY OF ANGELS). There’s one pretty distinctive touch in that they emit puffs of dust from their wounds. I imagine Jarmusch worked with more FX people on this than on all his other movies combined. END_OF_DOCUMENT_TOKEN_TO_BE_REPLACED

ARMAGEDDON is Michael Bay’s third movie, but in some sense it’s the one where he revealed his true face to the world. There were plenty of examples of his style and character in BAD BOYS and THE ROCK, but it was ARMAGEDDON that first presented the full breadth of his trademarks: awesome awesome macho bros, pretty pretty sunsets, government employees portrayed as insufferable weiners even though they’re in the right, spinning cameras, haphazard editing all over the fucking place, chaotic mish-mashes of explosions and sparks and machinery and debris and smoke and crap, beautiful shots of people in various locations around the world, weirdly hateful characters presented as cutesy comic relief, an army of highly qualified writers seemingly locked in a cage and forced to duct tape a bunch of dumb ideas into the most unwieldy structure they can come up with that has a running time at least 30 minutes longer than the story has earned, and of course an ensemble of talented actors improvising jokes with no regard for any sort of desired rhythm or tone of storytelling. END_OF_DOCUMENT_TOKEN_TO_BE_REPLACED

The Tarantino influence shows in the talky opening with Steve Buscemi as the Mariachi’s hype man/street team, loudly telling tall tales about him in a bar, and in the scene where Tarantino himself plays a criminal telling a long-winded joke about peeing. But otherwise this has an identity very different from the wave of ’90s crime films, one that’s more visual and musical. He uses lots of slo-mo and dissolve edits working in tandem with a driving Latin rock score by Los Lobos. This is just one example of how the fresh Hollywood hotshot used his newfound resources while insisting on doing it his way. Another is the casting of the leads. END_OF_DOCUMENT_TOKEN_TO_BE_REPLACED That’s mostly what this movie is about, goofy little character moments done very dry and quiet, in long takes. So it’s a Jim Jarmusch movie. END_OF_DOCUMENT_TOKEN_TO_BE_REPLACED Of course I’m coming to it eight years and three TRANSFORMERSes later having heard of its growing reputation as Michael Bay’s Not As Bad Movie. So when I was looking for a dumb summer blockbuster to get me in a summer movie mood it leapt off the video store shelf into my cold, reluctant embrace. END_OF_DOCUMENT_TOKEN_TO_BE_REPLACED

Since then we’ve seen Quentin Tarantino go through the hip hop arc of exciting new thing, “it’s only a fad,” a decade later it’s obviously here to stay and still growing so quit your grumblin ya old grouch. In fact I did the math wrong when I was watching this, I was thinking it was turning 18 this year, it would be old enough to vote. And let’s be honest, it’s not voting for Obama, ’cause it’s kinda racist and also it probly thinks any Democrat wants to take its guns away.
END_OF_DOCUMENT_TOKEN_TO_BE_REPLACED

END_OF_DOCUMENT_TOKEN_TO_BE_REPLACED

THE LAST OUTLAW is not that unexpected gem. Sorry. It’s not too bad, though. END_OF_DOCUMENT_TOKEN_TO_BE_REPLACED 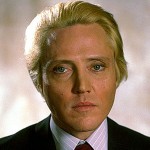 The director is Abel Ferrara, an asshole director who I sort of like. I mean I never met the guy obviously but he’s one of those greaseballs like Vincent Gallo where, before you even see an interview with the guy, you just get the feeling he’s an asshole. In his movie DRILLER KILLER I didn’t even realize he was the star (he used a pseudonym) and I kept thinking this star really thinks he’s hot shit, it’s not just the character. What a fuckin asshole. But then I listened to the commentary track and heard Ferrara say the same exact thing about himself. So I had to like him. END_OF_DOCUMENT_TOKEN_TO_BE_REPLACED 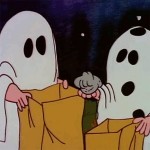 This is a story about an individual named Vern who is standing in an alley outside of the Egyptian theater in Seattle, Washington where the world premiere of a movie is about to take place. There is a line around the building and I’m standing next to this dumpster that smells like piss and I’m thinking, this must be the line for Battle Royale. Battle Royale is this movie everybody’s talking about. It’s this week’s Chopper. END_OF_DOCUMENT_TOKEN_TO_BE_REPLACED