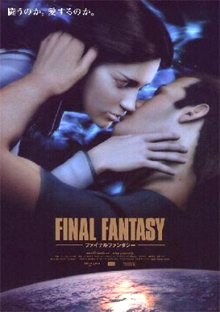 If you don’t remember what this thing is, it was the first computer animated movie to attempt realistic humans. Back then I fixated on the creepiness of too-real-but-not-real-enough characters. Having seen more of that since then it didn’t bother me as much this time, but I couldn’t help still being distracted by the celebrity voices. The male lead looks like an idealized Ben Affleck, but his voice is clearly Alec Baldwin (what is this, a composite Jack Ryan?) and Steve Buscemi’s voice comes out of a good looking young man that I still think looks kind of like Jason Priestley. James Woods is the villain, who looks like a STARSHIP TROOPERS All Stars mix of Michael Ironside and Casper Van Dien. In one scene we learn that his family were killed and that’s why he does what he does, but that doesn’t explain why he had evil eyebrows the whole time. How are you supposed to feel bad for him when he’s always making a bad guy face?

When Robert Zemeckis did his trilogy of creepily-realistic computer animated human movies he increasingly found ways to make it work better. He still used celebrity voices, but visually modeled the characters after the actors. For example multiple characters in POLAR EXPRESS resemble Tom Hanks, so it’s not weird to recognize his voice coming out of them. Zemeckis also made the characters a little more stylized, especially by the time of movie #3, A CHRISTMAS CAROL, where they have exaggerated, cartoonish shapes but just happen to be ridiculously detailed in their textures and eyes.

Zemeckis’s movies are usually referred to as “mocap” for their use of “motion capture” technology, the thing where the actors’ movements are recorded and used to control the computery characters instead of frame-by-frame animation. People think they hate mocap, but I think FINAL FANTASY shows why it’s good if you’re using realistic characters like this. I believe this was mostly done with animation (although a small motion capture department is listed on the credits) and at times it’s noticeable that these people move more like animated characters than actual humans. So it makes them look even more like Real Dolls.

Zemeckis had the advantage of 3D, too. That was a good idea ’cause then it seems more like a ride or a diorama. So you feel like your riding Pirates of the Caribbean or something. FINAL FANTASY doesn’t feel like a ride or a movie.

Technologically speaking, FINAL FANTASY is still impressive. It looks real nice on the blu ray. But the story just isn’t involving at all. It’s all about these soldiers going around shooting ghostly alien monsters on a post-apocalyptic earth. Meanwhile the hero, Aki, is trying to prove that they need to go around and find 8 “spirits” that have something to do with “Gaea,” the soul of Mother Earth, and then they can heal the earth or whatever. It’s a very dull and repetitive set of goals, taking place in dull locations, with stakes that are difficult to care about. These creepy things don’t quite seem human enough to worry about their safety, the battles are mostly the same thing over and over, and since we never see any people besides these soldiers and a couple council members it’s not clear what they’re even trying to accomplish. If the ghosts go away then there will be, like, 10 soldiers on a wrecked planet and they won’t have anything to shoot at anymore. That doesn’t seem like a happy ending.

I complained about this in my original review, but it bears repeating: this movie is all about fighting transparent monsters that they call “phantoms” and “spirits,” then 52 minutes in everybody’s minds are blown when they figure out that these aren’t alien monsters, they’re actually ghosts. They’re surprised by the revelation that these things are ghosts and we’re surprised by the revelation that they didn’t realize before that these things were ghosts. For the most part though the storytelling isn’t that dumb. It’s just that it’s really lacking in excitement. 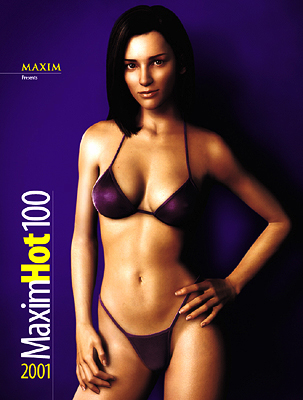 Maybe all it would need would be a great lead character. I can see some gung-ho appeal in the Alec Baldwin soldier guy, but the lead is Aki (voiced by Ming-Na, also Disney’s Mulan). From what I’ve read they went all out to try to make her look real, and planned to re-use her in other movies as different characters, as if she was an actress. They carefully tweaked her to not be overly sexualized, not giving her big boobs or exposed skin like Lara Croft, removing makeup from an earlier version so you’d believe her as a scientist. (But also they had her wearing a bikini in Maxim.)

So she’s pretty but not ridiculous, capable but not awesome, heroic but not cool. She doesn’t have humor or weaknesses or quirks. If she has a personality I sure couldn’t describe it. I bet there weren’t many people who wanted to see her in another adventure or find out where she came from or dress up like her at a nerd convention.

Sometimes with these movies you gotta question why it should even be made with the realistic animation as opposed to live action. I don’t think I’d want to see a live action POLAR EXPRESS, BEOWFULF I can see working in live action but maybe not as well, A CHRISTMAS CAROL definitely used the technology in ways that made it distinct from the many great live action versions of the same story. This one I don’t feel like it takes advantage of being animated at all. They’re trying so hard to make it look real so there’s not much exaggeration or stylization. The characters don’t move in cool ways that humans couldn’t. There’s not much action. There’s pretty much nothing that couldn’t be done in live action with the humans and all the other stuff would be CGI effects in a live action movie anyway.

Yet I can’t imagine preferring a live action version of this either, I wouldn’t want to watch that. So I’m left with the conclusion that this is a movie that only exists for the novelty of being the first movie using this technology.

So that’s why nobody gave a shit. You gotta come up with a reason to make a movie before somebody has a reason to watch it.

* * *
datedness: this type of animation has been improved in the 10 years since and used for much better stories
would they make a movie like this now? No.
legacy: a film production wing of a video game company was created just to make this movie. Afterwards they did one short for The Animatrix and then closed up shop. But the movie itself does have a legacy because it made mistakes that other filmatists such as Zemeckis were able to learn from and build off of.

Alec Baldwin Steve Buscemi Summer of 2001
This entry was posted on Monday, July 11th, 2011 at 2:57 am and is filed under Cartoons and Shit, Reviews, Science Fiction and Space Shit. You can follow any responses to this entry through the RSS 2.0 feed. You can skip to the end and leave a response. Pinging is currently not allowed.

56 Responses to “Final Fantasy: The Spirits Within (10 years later)”