Archive for the ‘AICN’ Category 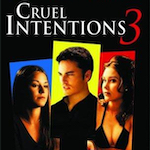 Luckily I was able to find the text of one (1) of the pieces Chris was looking for in an email reply buried deep in my inbox. So today I am vaguely semi-proud-ish to present for the historical record, and for the benefit of future generations, a goofy, dated review I wrote 18 years ago (in Spring of 2004) of a straight to video sequel most people forgot (or never knew) existed. I did not polish anything, but I added five parenthetical notes from the future about what some of the people referred to have been up to since I originally wrote the review.
END_OF_DOCUMENT_TOKEN_TO_BE_REPLACED

I think they call this a shoot interview 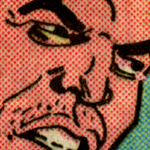 I was recently interviewed on a podcast and this is a little different from any I’ve done before so I wanted to say something about it.

As you may or may not have heard, there’s a podcast called Downlowd: The Rise and Fall of Harry Knowles and Ain’t It Cool News. Kind of like a documentary about a websight I once wrote for. I don’t know if the podcast is popular or not – much like Ain’t It Cool News itself back in the day, I mostly just see people talking shit about it. The first I heard of it was a while before it came out, when someone who had once been harassed by Harry Knowles posted negatively about having been approached for an interview. I had not been asked and felt relieved not to have to make a moral decision about it. I figured this guy making it, Joe Scott, didn’t know who I was, and that I didn’t have much to say anyway. I was only involved via e-mail.

END_OF_DOCUMENT_TOKEN_TO_BE_REPLACED

Hey friends, Vern here to update you on the winners of the video-making contest that Titan Books had to promote my new review collection, Yippee Ki Yay, Moviegoer: Writings on Bruce Willis, Badass Cinema and Other Important Topics. (Just to warn you, some of the “other important topics” include Mary Poppins, the movie “Garfield” and a painful medical procedure I once had. But it’s a pretty good book. You should read it.) To be frankly honest it looks like there was a little less elbow grease put into this contest than into the similar one we had for Seagalogy. Most of the videos were obviously things people had already made and decided to enter. Fair enough though, because the book is a collection of pre-existing reviews. END_OF_DOCUMENT_TOKEN_TO_BE_REPLACED

But the true genius of director Isaac Florentine’s two DTV UNDISPUTED sequels is that each one stars the villain of the previous chapter. In UNDISPUTED II: LAST MAN STANDING Michael Jai White took over for Ving Rhames as the asshole accused rapist heavyweight champ George “The Iceman” Chambers. He was the last man standing of the title. Part III, which comes out on DVD Tuesday, is about the next-to-last man standing. Scott Adkins returns as the man whose knee the Iceman crushed, disgraced Russian prison champion and convicted double-murderer Uri Boyka. END_OF_DOCUMENT_TOKEN_TO_BE_REPLACED

One proud American will win an Xbox or PS3 in the Yippee Ki Yay Moviegoer Youtube Video Contest!!

Attention people who like being creative to try to win some free shit: It’s your ol’ pal Vern here to tell you about an INCREDIBLE OFFER! Like they did a few years ago to promote my acclaimed film studies book Seagalogy: A Study of the Ass-Kicking Films of Steven Seagal, my esteemed publishers Titan Books have put together a video-making contest to promote my new one. They would like to be entertained by your videos and in exchange they will give one of you knuckleheads a free video game machine + video game, and five others the far superior runner up prize of my new book Yippee Ki-Yay Moviegoer!: Writings on Bruce Willis, Badass Cinema and Other Important Topics. To be more specific about the video game machine, it’s a choice between “Xbox Elite” or “PS3 Slim,” whatever the hell that means. You guys remember Asteroids? Anyway who cares, obviously you’re going for the book. END_OF_DOCUMENT_TOKEN_TO_BE_REPLACED

Vern has witnessed WILD THINGS FOURSOME (get it, it means part 4)

Didn’t get a chance to link this earlier, but The Ain’t It Cool News is running my review of the new straight to video WILD THINGS sequel. It really is called WILD THINGS FOURSOME. It’s easy to assume they only made the movie in order to use that title, but it actually kind of seems like the 4th person in the foursome (not pictured) was added in at the last minute. She’s barely in the movie at all.

By the way, two or three of the talkbackers there remind me how cool you guys are. Good job being cool, everybody.

Today we start with “Outlaw Vern”:

Ladies and gentlemen of the internet, Mr. Hercules T. Strong of the Co-axial TV News and DVD Lists invited me to write a few words about STEVEN SEAGAL LAWMAN SEASON 1, an A&E reality series that comes out on DVD this week. I haven’t been posting here on the Ain’t It Cool News as much as I used to, so it’s good to be back. I’m not sure why he thought of me though, since I’m not a television critic and don’t really know very much about reality shows. But I suppose I do know a little bit about Steven Seagal, mainly just because I’ve seen every movie he’s made several times, saw his band perform live, still have a cupboard stocked with his Lightning Bolt energy drink and spent five years writing a book analyzing his entire filmography. So come to think of it I might have something to offer here. Hercules got lucky on that pick. END_OF_DOCUMENT_TOKEN_TO_BE_REPLACED

I mean seriously, how did this happen? END_OF_DOCUMENT_TOKEN_TO_BE_REPLACED

This is the movie Spike Jonze has been working on for years, based on the famous Maurice Sendak picture book. You probly read about how Sendak asked him to do it, at first he turned it down, then he thought of an idea for it, they started making it, one studio dropped them, they moved to a different studio, continued making it, that studio freaked out when they started snooping around and found out there was no farting or Smash Mouth songs in it. Rumors circulated that they were gonna fire Jonze and start over or redo some of his scenes with CGI or who knows what. But he kept on going and they must’ve either got distracted by something on TV or decided he knew what he was doing. Somehow he got to the end and looked down and in his hands he was holding the movie he set out to make at the beginning. Except transferred into Imax. Nobody knows how it got there. END_OF_DOCUMENT_TOKEN_TO_BE_REPLACED

DARK COUNTRY, by rookie director Thomas Jane, is a stylized noir made on a low budget with a minimal cast. It was written by a guy who wrote Disney’s TARZAN and HUNCHBACK OF NOTRE DAME. It was shot in 3-D but is going straight to flat DVD. But somehow this weird combination of elements makes up a pretty good little movie, and possibly the best ever directed by one of the Punishers. END_OF_DOCUMENT_TOKEN_TO_BE_REPLACED