I started with a forgotten later one from George A. Romero – his last non-living-dead-related movie, BRUISER. I was disappointed in it at the time, but that was 22 years ago, and I’d had high expectations for it since he hadn’t had a movie in 7 years. There was that gap between his Hollywood stint in the early ‘90s and his return in the new millennium, and it was in the middle of that period that I became obsessed with DAWN OF THE DEAD and KNIGHTRIDERS and everything. So it was a big event when he finally came back with this odd French-American co-production starring a dude from LOCK, STOCK AND TWO SMOKING BARRELS. END_OF_DOCUMENT_TOKEN_TO_BE_REPLACED 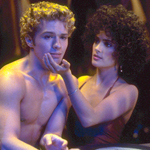 For a second Shane seems like a Tony Manero, but he doesn’t give a shit about dancing (as in LAST DAYS, dancing is an oddly small part of the disco story). There’s a dramatic closeup of his foot hesitating to take its first step on the dance floor, but then he just goes into the crowd and yahoos for the band like he’s cheering on a football game. The looks he gets cause him to observe his surrounding and copy the other people’s moves. Then he quickly gets a job as a shirtless bus boy and doesn’t have to dance anymore. END_OF_DOCUMENT_TOKEN_TO_BE_REPLACED

But that didn’t happen. END_OF_DOCUMENT_TOKEN_TO_BE_REPLACED

The Tarantino influence shows in the talky opening with Steve Buscemi as the Mariachi’s hype man/street team, loudly telling tall tales about him in a bar, and in the scene where Tarantino himself plays a criminal telling a long-winded joke about peeing. But otherwise this has an identity very different from the wave of ’90s crime films, one that’s more visual and musical. He uses lots of slo-mo and dissolve edits working in tandem with a driving Latin rock score by Los Lobos. This is just one example of how the fresh Hollywood hotshot used his newfound resources while insisting on doing it his way. Another is the casting of the leads. END_OF_DOCUMENT_TOKEN_TO_BE_REPLACED 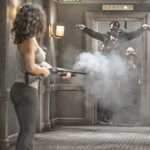 In a way this is a DIE HARD type movie. It’s one person fighting off many criminals in a contained location, in this case the fancy apartment she’s been stuck in. It’s even Christmas time, though she is not bare foot, so in that sense it’s more like DIE HARD 2. And she can fight better than we probly could, but it’s all tenacity, she’s not a super woman. She gets shot, cut, stabbed, she cries, she messes up, but she keeps fighting. END_OF_DOCUMENT_TOKEN_TO_BE_REPLACED

Looks like Salma Hayek doesn’t even have to go outside to be John Wick, the whole colorful hit-person community just shows up at her doorstep. The director on this one is Joe Lynch, who’s a friend of the internet whose WRONG TURN 2: DEAD END I only half liked, and whose last movie was the taken-away-from-him-and-disowned KNIGHTS OF BADASSDOM. But I think this looks and sounds fun, and it apparently went over well at Fantastic Fest. IMDb doesn’t list who did the fights, but stunt coordinator Akihiro Noguchi is a long time Power Rangers stunt guy who choreographed COLD HARVEST and NINJA for Isaac Florentine.

SAVAGES is the new crime film from Oliver Stone, about two young idealistic pot entrepreneurs taking on a ruthless Mexican cartel (which is one of the most common types of cartels). The tale is narrated to us by O (GREEN LANTERN’s girlfriend Blake Lively) who is the shared lover of botany genius/philanthropist Ben (Aaron KICKASS Johnson) and Iraq vet/muscle-of-the-operation Chon (Taylor JOHN CARTER Kitsch). The two grew up together as surf bums in Laguna Beach and then one day decided to bring home marijuana seeds from Afghanistan and create a new strain. And the shit blew up like Apple. END_OF_DOCUMENT_TOKEN_TO_BE_REPLACED

When we see him again in ONCE UPON A TIME IN MEXICO he has become even more mythical than before. Instead of having to send Steve Buscemi to bars to make up stories about him, the bartenders themselves tell the stories. His hand has healed so he can play guitar better than ever, in fact he likes to just walk around playing guitar even when people are trying to kill him. Robert Rodriguez knows how to make a hand made guitar look like the most beautiful thing in the world, so it’s good that the Mariachi is hiding out in a town of guitar makers who like him to test their creations. END_OF_DOCUMENT_TOKEN_TO_BE_REPLACED 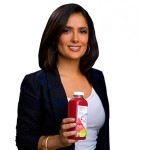 You know Salma Hayek will get an oscar nomination for this, mainly because of the bodycast. I gotta be honest though, ’cause that’s my job. I don’t think she’s necessarily doing great work here. She’s just doing pretty good in a role that she is good for, that happens to be real Important because it’s a real person, who was a brilliant artist, who was disabled, and had some kind of political context to her life that can be simplified into movie form. I’m not saying Salma is bad, especially not compared to her embarassing improv role in TIMECODE. And I can’t think of anyone better for the role. But she didn’t exactly blow my mind either, especially not during the scenes where she wears a schoolgirl uniform and tries to pass for a teen. END_OF_DOCUMENT_TOKEN_TO_BE_REPLACED