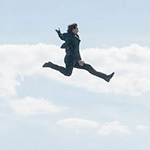 And lately I’ve noticed people declaring the stealth greatness of the MISSION: IMPOSSIBLE series, as if this wasn’t a thing you would be aware of just from watching popular mainstream movies. It reminded me of when FAST FIVE came out and suddenly a whole bunch of critics picked up that those movies were fun. Yeah, no shit. The only other people in on this secret are the, you know, however many paying customers it takes to get a series to part 5. END_OF_DOCUMENT_TOKEN_TO_BE_REPLACED 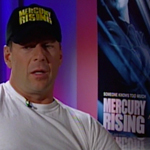 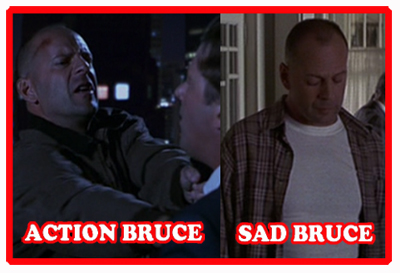 book called Simon Says, which is the same name as the spec script that DIE HARD WITH A VENGEANCE was based on, as well as the name of Pharoahe Monch’s biggest song, which sampled the Godzilla theme, and a GODZILLA remake was released later in the summer of 1998. Isn’t that fucking crazy!? Well, I guess the third one is not really that relevant, and now that I look at it the book is actually called Simple Simon (by Ryne Douglas Pearson, who has story and screenplay credits on KNOWING). So please strike most of this paragraph from the record. I’m sorry I wasted your time. END_OF_DOCUMENT_TOKEN_TO_BE_REPLACED

At first glance The Shadow (Alec Baldwin, THE GETAWAY) does seem like kind of a Batman-esque character. He’s a rich handsome guy named Lamont Cranston who lives a secret life, going out at night as a scary figure, fighting criminals. He doesn’t have a cape, but a black cloak that serves the same purpose, plus a hat and a mask over the mouth and two guns. And hidden in an alley is the entrance to his Batcave-like secret base. END_OF_DOCUMENT_TOKEN_TO_BE_REPLACED

What I’m getting at is that Alec Baldwin’s famous narrator voice gets to deliver a very good Just How Badass Is He? speech for Ethan Hunt, which includes the appropriately hyperbolic phrase “he is the manifestation of destiny.” That’s one of the many advantages of having Christopher McQuarrie aboard as director and co-writer. The man made JACK REACHER. He loves a good Just How Badass Is He? speech. END_OF_DOCUMENT_TOKEN_TO_BE_REPLACED

END_OF_DOCUMENT_TOKEN_TO_BE_REPLACED

Ever since James Cameron’s movie broke all box office records studios had been threatening to make asses of themselves by blatantly trying to catch more lightning in that same melodramatic-love-story-during-historic-disaster bottle. Jan de Bont almost did a love-story-on-the-Hindenburg movie, for example. PEARL HARBOR wasn’t as obvious of a copycat as that because 1) it was a love story set against a war movie as much as a disaster and 2) the love song on the end credits was by Faith Hill instead of Celine Dion. Totally different.
END_OF_DOCUMENT_TOKEN_TO_BE_REPLACED

Alec Baldwin plays Mackin, a thief hired to steal food stamps from a printing plant. After the job some dirty cops pull him over and try to take his money. He handles it, but knows he had to have been set up by the guy who hired him, Pointy Williams (Michael Jai White) so he tries to get back at that asshole. Meanwhile “the Italians” aren’t gonna be happy about what Pointy did so his people keep trying to snuff out Mackin before things escalate and they get into deep shit.
It’s adapted from some book by a guy named Patrick Quinn, but definitely is gonna remind you of Elmore Leonard and that type of crime story where the characters have little funny quirks. Also like Leonard the plot is full of coincidence and mistakes, the characters are kind of dumb and talk about goofy things, but can also be seriously dangerous. END_OF_DOCUMENT_TOKEN_TO_BE_REPLACED

Mr. Scorsese took that premise and moved it to Boston and told his own story about contemporary Boston criminals. Scorsese’s young associate Leonardo Del Caprio (looking more like Benicio Del Toro every year) plays the cop who pretends to get kicked out of the force, does some time and then joins Jack Nicholson’s gang. Matt Damon plays the cop who’s really working for the gang. We first see him as a little kid getting money from Nicholson in a diner. And the kid they chose is a dead ringer. They even taught him how to cock his eyebrow like Damon. Somebody’s gonna have to find a young Ben Affleck doppelganger and these two can go on the road. Or they could do THE YOUNG JASON BOURNE MYSTERIES where the camera shakes around while he’s fighting some kid in a treehouse. END_OF_DOCUMENT_TOKEN_TO_BE_REPLACED 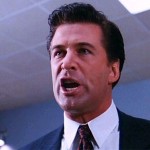 See, Alec Baldwin (back when he was young and skinny, and made the gals swoon) gets off a plane in Miami, steals somebody’s luggage, and heads for the exit. At the bottom of an escalator he is approached by a hare krishna, who asks him what his name is. He says, “Trouble,” breaks the guy’s finger, and leaves. END_OF_DOCUMENT_TOKEN_TO_BE_REPLACED