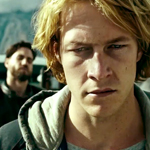 But they’re kinda right. POINT BREAK cannot be duplicated. It can be ripped off and turned into a great series of movies about globetrotting street racer super-thieves, sure. But it has a unique power that’s a combination of a great/goofy premise, a script with a ton of funny dialogue, excellent sequences directed by the great Kathryn Bigelow at the top of her action game, incredible skydiving stunts and photography, a maybe-not-knowingly-funny performance by Keanu Reeves as surfer dude cop Johnny Utah, and most of all a towering performance of charisma and sincerity by Patrick Swayze, who (like Vin Diesel in THE FAST AND THE FURIOUS, actually) seems to truly, deeply believe the philosophy his character spews. END_OF_DOCUMENT_TOKEN_TO_BE_REPLACED

But as a writer/director his best known movie is EQUILIBRIUM (2002), that sort of asinine dystopian one where Christian Bale rebels against A World Where Love Is Against The Law because they try to make him kill a puppy. ULTRAVIOLET (2006) is Wimmer’s only directing job since then, and his biggest budget one. I heard it was kind of dumb fun, so I rented it. END_OF_DOCUMENT_TOKEN_TO_BE_REPLACED

Okay, it’s getting old for me to write about, and I’m sure it’s even worse for you to read about. But I feel like if we stop mentioning it it’s like we’re saying it’s okay. Whether it’s Michael Bay’s ridiculous edits or Paul Greengrass’s wobblecams that opened the floodgates, something happened, and old fashioned notions like geography, coherency, and visual storytelling got buried. The language and standards of action cinema that have evolved and developed over generations have been thrown out the window and it’s become acceptable to just have a quick smear of photography that sort of loosely implies the fights and chases that audiences used to pay money to actually see with their own eyes. I think there’s gonna be a backlash against this type of movie pretty soon, and it’s bubbling up in this new wave of DTV action we’ve all been enjoying. But still, you can’t just let it go. You gotta say something. END_OF_DOCUMENT_TOKEN_TO_BE_REPLACED

LAW ABIDING CITIZEN is the story of a guy named Clyde (Gerard Butler, 300) whose family is killed in a home invasion in the opening scene. To add insult to injury his attorney Nick Rice (Jamie Foxx, STEALTH) makes a deal for one killer to testify against the other and just get one of them executed rather than risk going to trial just based on Clyde’s eye witness testimony. At the time of the attack Clyde was working on a circuit board, so we know he’s some kind of technological wizard or sorcerer, which explains why ten years later he can exact an ingenious master plan of super revenge with strong overtones of cultural critique. You see, he doesn’t just blame the killers, he blames Rice for putting his conviction rate above actual justice, and the judges for whatever they did, this whole system is out of order, you can’t handle the truth, etc. END_OF_DOCUMENT_TOKEN_TO_BE_REPLACED 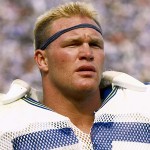 The plot is a variation on a HARD TO KILL type of revenge deal. Bosworth is a drill instructor/hand-to-hand-combat teacher for the Army. Whether or not he will ever find a practical application for these fighting skills is anyone’s guess. He’s estranged from his wife but planning to work things out, and he has a little blonde daughter. Unfortunately, wife and daughter happen to be at a gas station where an ugly motherfucker named Marcus (Jeff Kober, the same guy who played Beserko in COYOTE MOON) is making a nefarious arms deal. The daughter witnesses the arms deal through the bushes so, under cell phone orders from a mysterious boss (all we see is the hoop ring on his nose) the bad guys massacre everybody at the gas station. END_OF_DOCUMENT_TOKEN_TO_BE_REPLACED

Point is, I’ve seen a whole lot of weirdos on the internet calling the director Kurt Wimmer a genius who reinvented action and why can’t Kurt Wimmer direct X-Men 3 and Mission Impossible 3 and Brown Bunny 2 and etc. Actually it was probaly just one guy but it seemed like more than one at the time. So all the sudden it turned out I was curious just what the hell this EQUILIBRIUM was all about. Incidentally, I don’t know if you know this but curiosity is the number one suspect in the murder of the cat. Just a little aside there. END_OF_DOCUMENT_TOKEN_TO_BE_REPLACED