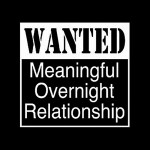 Okay, I have to admit that I somewhat enjoyed this dumb ass movie, but I think I’m still within my rights as an action fan to bust its movie balls, because there are rules. Once again I must refer to my “action movies are like the blues” comparison. In the blues there are traditions, there are standards, you don’t have to be shockingly original, you can follow a traditional sound and then put your own spin on it, express yourself from within that framework. But you don’t blatantly copy one specific person’s unique style. You don’t copy Jimi Hendrix’s approach to blues, for example, or if Muddy Waters’ ‘Electric Mud’ had caught on you would’ve looked like an asshole if all the sudden you came out with your acid rock blues album. END_OF_DOCUMENT_TOKEN_TO_BE_REPLACED

Point is, I’ve seen a whole lot of weirdos on the internet calling the director Kurt Wimmer a genius who reinvented action and why can’t Kurt Wimmer direct X-Men 3 and Mission Impossible 3 and Brown Bunny 2 and etc. Actually it was probaly just one guy but it seemed like more than one at the time. So all the sudden it turned out I was curious just what the hell this EQUILIBRIUM was all about. Incidentally, I don’t know if you know this but curiosity is the number one suspect in the murder of the cat. Just a little aside there. END_OF_DOCUMENT_TOKEN_TO_BE_REPLACED