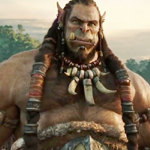 Then the next scene is about some humans, standard issue guys in armor standing in castles talking about shit, and they are not as interesting as those orcs. But it continues to be about them for a while. And a while longer. And eventually you realize that the movie is gonna mostly about them. It’s like one of those movies about the civil rights movement or apartheid or something but they have a white guy as the main character. They don’t think non-orc audiences can relate to an orc protagonist. 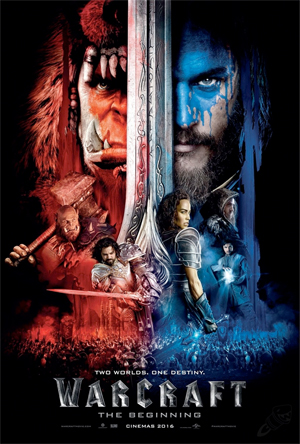 I made a mistake. I knew this was based on a video game, and not designed for me. But I kinda thought it would fit the bill of a type of movie I’m a sucker for that you might call the inflated fantasy b-movie. These are sort of broad, lowbrow sword and sorcery type movies, basically b-movies but made with giant modern computer effects budgets. Not good business investments, I imagine, but I am grateful to whoever lost their money so I could see these at matinees in mostly empty multiplex theaters. (That was my other mistake. I went to a 9:50 pm opening night show with an enthusiastic crowd. The vibe was all off!)

Movies I have paid to see in a theater: WRATH OF THE TITANS, CONAN THE BARBARIAN remake, GODS OF EGYPT, HERCULES, 300, 300: RISE OF AN EMPIRE. That last one is the only one of those I actually loved, but WRATH was the only one that totally bored me. And although I didn’t see it until video, I am the world’s only fan of the remake of CLASH OF THE TITANS. Look it up. It’s true. So I’m kinda into this type of movie.

But by sidelining the more exciting characters in favor of generic long-haired Aragorn-wannabe #12 – who’s so bland they had to paint his face blue on the poster to make him seem interesting – WARCRAFT fails the Conan test. I’m looking for a fantasy movie where the hero is the barbarian, not the weinery guy. WOLFHOUND rather than DRAGON SLAYER.

(The actor Travis Fimmel looks scary on the show Vikings, but here they made him into a James McAvoy lookalike. He’s not the worst, but nobody wants to watch this fucking character instead of the orcs. Come on. At least make it a buddy movie.)

The plot is about how the orcs, led by an openly evil wizard orc, travel through a magic green portal gate to another planet or dimension or whatever where we humans live. The orcs plan to invade and take over, which they do by having a couple of action scenes spread out across two hours. During the very sporadic flare-ups of violence there is a small dose of the type of shit I was hoping for: a raging muscle monster Goro dude running around with a hammer the size of a tree smashing a dude like a piece of poop, another guy picking up a dude with his giant hand around his neck and squeezing it like he’s popping a water balloon. I do believe there was a pretty major character who was suddenly squooshed easily by an orc with nobody stopping to give a shit about it. That was kinda cold, in a good way.

But these orcs must not have good cardio or something so instead of just getting the war over with quickly they let the humans talk and talk and talk about evil magic and what they’re gonna do to stop the orcs and I don’t know what else because you have to know the video game, maybe, to know what the fuck this stuff is.

The best character with a decent amount of screen time is Garona. She’s the only orc in the movie who’s in live action, because she’s mixed. So it’s gorgeous Paula Patton (MIRRORS, PRECIOUS, M:I 4) painted green and with big pointy rubber ears and fangs shooting out of her bottom lip. She’s locked in a cage by the orcs, so when she escapes she ends up with the humans. She even has some sexual tension with the main character guy, whose name is Anduin Lothar according to IMDb. They come so close to kissing. I didn’t know how it would work with the teeth. What’s the matter Hollywood, you’re afraid to show an orc woman getting a little sugar? Cowards.

Dominic Cooper (THE DEVIL’S DOUBLE) plays the king. Sometimes he wears a lion helmet that makes him look like a medieval Power Ranger. The funniest human character is Ben Foster (THE MECHANIC) as a wizard named “Medivh The Guardian.” He has some real corny lines and Foster does a very pompous voice I’ve never heard him do before. Occasionally his eyes glow green and he shoots magic out of his hands. Also he stands on top of cliffs looking down at everybody. Not to stereotype, but it seems like wizards are always doing that.

I’ve been told that there’s more to the world of the video game than we get in the movie, including an equivalent to the Chinese who are humanoid panda people. Very, very good choice to leave that out of this one. But I’m glad they don’t shy away from more traditional dorkiness. They got a few giant wolves and four-legged birds to ride around on, a few elves, some very funny looking dwarves. Also one character has a gun, which he calls a “boomstick,” because ARMY OF DARKNESS you guys (and wait a minute – Sam Raimi was gonna direct this at one point!). I’m not sure why guns can be in this world but there’s only one of them. At any rate, an orc thinks it’s magic when he gets his hand blown off. 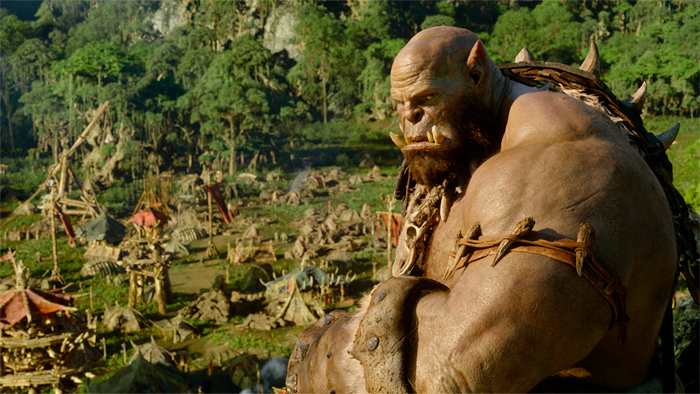 And the 3D is good, very immersive. There are moments when the odd camera angles and natural-looking simulated lighting put you into this strange world, and combined with an effectively bombastic score by Ramin Djawadi (BLADE: TRINITY) it feels like pure cinema in a way that (this is gonna sound crazy) reminded me of seeing FURY ROAD for the first time, watching events unfold in the Citadel. But that would only last for a moment and then those fucking knights would start talking again. Go away, knights. You are a buzz kill. Nobody likes you.

There are occasional jokes and moments of humor. Times when the characters make each other laugh. You don’t really see that in, say, a LORD OF THE RINGS picture. I liked those little moments.

I like when it’s with the orcs. The main orc (I believe motioned by Toby Kebbell, who did the same for Koba in DAWN OF THE PLANET OF THE APES) is kind of a sellout, he disagrees with attacking the humans, even though war (and warcraft?) is part of orc culture, in much the way that mass shootings are an important part of American culture and it would be wrong to be against it. [Note: I wrote that line on Friday, and almost deleted it now that there’s been the worst mass shooting in American history (so far), but fuck it. We’re as bad as the orcs. We refuse to learn our fucking lesson.]

That guy is the Chieftain and he’s going behind the evil wizard guy’s back and eventually (much too eventually) it comes to a head in a cool scene where they fight and he tries to show the other orcs that this motherfucker cheats by using magic which is not the orc way because magic is for nerds.

The director is Duncan Jones of MOON and SOURCE CODE, a smart director and lover of the video game doing his first gigantically expensive movie. The script is credited to him along with the video game’s Chris Metzen and the screenwriter Charles Leavitt. Leavitt already did the more troubled fantasy movie SEVENTH SON, along with BLOOD DIAMOND, IN THE HEART OF THE SEA and a couple others. Together they came up with a somewhat compelling fantasy world, but only a dry, momentumless sort-of story to take place in it. I feel bad slagging on it, because I think it’s a well intentioned movie and pretty unique within the genre. I really hoped to like it, and the audience that I saw it with, clearly video game people, seemed to. There was some clapping. But I suspect most non-gamers will, like me, find it a borecraft, a snorecraft and a chorecraft, looking over at the doorcraft, not sure they can take anymorecraft.

That is a rhyme like an elf or somebody would do. There is no rhyming in this movie but maybe that’s one thing that would’ve helped.

Ben Foster Dominic Cooper Duncan Jones Paula Patton Toby Kebbell video games
This entry was posted on Monday, June 13th, 2016 at 11:01 am and is filed under Fantasy/Swords, Reviews. You can follow any responses to this entry through the RSS 2.0 feed. You can skip to the end and leave a response. Pinging is currently not allowed.