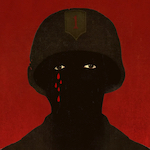 Muhammad Ali explains his refusal to kill people who haven’t done anything to him on behalf of people who have. To the tune of “Inner City Blues,” we see black soldiers in Vietnam, whitey on “Da Moon,” Black Panthers, Malcolm, Martin, Kwame Ture, Angela Davis. We alternate between brutality in Vietnam and at home: burning monks, the Kent State shootings, the street execution from that famous photo, police clubbing protesters at the DNC, the children burned with napalm. When the war ends and this volley of fast-speed documentary turmoil subsides, the frame stretches and contracts to widescreen, and Saigon dissolves to modern tourism-friendly Ho Chi Minh City, where four of our titular quintet meet up in a hotel lobby, hugging and hand shaking, sipping the first of many fruity umbrella cocktails, in a present that will repeatedly bleed into the past. END_OF_DOCUMENT_TOKEN_TO_BE_REPLACED 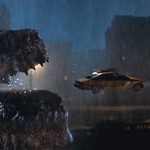 I was skeptical on account of my belief in the auteur theory. I was one of the rare wet blankets who hated ID4 (which stands for “Independence Day takes place partly on July 4th”) and as much as I wanted to see a cool modern Godzilla movie I didn’t think this guy had the skills to do it. On May 20th most of the world ended up agreeing with me. END_OF_DOCUMENT_TOKEN_TO_BE_REPLACED I think MISSION: IMPOSSIBLE is unique among the summer blockbusters. It has a bunch of the usual qualities: it’s a big movie star vehicle, based on an existing “property,” climaxes in a noisy special effects-laden action spectacle, did end up becoming a franchise that’s still going today. At the same time it is a Brian DePalma movie, it doesn’t feel like he had to compromise anything. He got to take his style and his interests and experiment with them on a little larger canvas than usual. His gimmicky suspense sequences, twists and tricks are right at home with characters who elaborately deceive for a living. His POV shots put you right into the action when you enter a party as Hunt in disguise, but also they show up in the form of cameras actually worn by the agents to keep tabs on each other and, in one case, to mislead each other. END_OF_DOCUMENT_TOKEN_TO_BE_REPLACED It mostly follows “The Man” (Pierre Jolivet, also co-writer and producer and a prolific director in his own right), sort of a goofball taking shelter from the post-apocalypse in an office building with not too bad of a set up. He has a plant, some furniture, an oven, a cassette deck, a mattress, plenty of space if he ever wants to take up tai chi or breakdancing or anything like that. It’s pretty dusty in there, though. The movie opens panning through his living space and there’s some kind of panting you can hear and you see his naked legs and then you see that he’s humping an inflatable sex doll. Not exactly an iconic entrance like Mad Max or somebody. END_OF_DOCUMENT_TOKEN_TO_BE_REPLACED And I would’ve gotten away with it if it wasn’t for this Summer Movie Flashback I got myself into. There just wasn’t another significant summer of 2006 movie I hadn’t seen. Right up until the last minute I was actually planning to do MY SUPER EX-GIRLFRIEND just ’cause I thought that would be easier to stomach, but I decided that would be dishonorable. This one was obviously part of some cultural phenomenon of the time and is more representative of that summer. END_OF_DOCUMENT_TOKEN_TO_BE_REPLACED

The year was 1994 and American crime movies were having sort of a resurgence. Young men with movie cameras were reading the Psalms of John Woo and rediscovering the joys of onscreen bullet discharge. It was the year of KILLING ZOE, THE LAST SEDUCTION, FRESH, the Alec Baldwin version of THE GETAWAY and of course DEATH WISH V: THE FACE OF DEATH.
END_OF_DOCUMENT_TOKEN_TO_BE_REPLACED

I read somewhere that when Robert Rodriguez saw ARMORED it sealed the deal for Antal doing PREDATORS. I’m not sure what that says, because there’s nothing too wrong with ARMORED, but nothing too right, either. END_OF_DOCUMENT_TOKEN_TO_BE_REPLACED 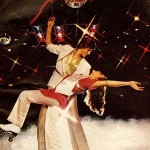 I’ve never seen the original, and I always meant to. I understand that it is kind of a satire of sports and american society’s thirst for violent entertainment. The great DEATH RACE 2000 was made to cash in on the same themes but is generally considered to be better. Anyway the approach that John McTiernan, the director of DIE MOTHERFUCKIN HARD 1 & 3, took was to set it in pretty much the present, since wrestling and ultimate fighting become more ridiculous and lurid than anything filmatists of the ’70s could’ve imagined. But there really aren’t new points to be made here. END_OF_DOCUMENT_TOKEN_TO_BE_REPLACED