The first two were location-based premises (the White House is attacked, London is attacked), this one makes the fair assumption that if we’re still watching these we’re okay just following legendarily amazing Secret Service agent Mike Banning (Gerard Butler, DRACULA 2000) whether he goes to a new city that gets attacked or not. “ANGEL” refers to him, a “guardian angel” who has “fallen” by being blamed for an attempted assassination of the president and having to go on one of those old fashioned fugitive runs to prove his innocence. END_OF_DOCUMENT_TOKEN_TO_BE_REPLACED 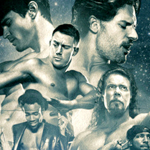 The team is no longer led by Matthew McConaughey as Dallas. That sounded like a problem when the news first got out, but it’s actually an asset. With his character no longer there to absorb all your attention the movie gives way more shine to the other dancers, especially Joe Manganiello (SABOTAGE) as the towering, abrasive but large-hearted doofus Big Dick Richie, and Matt Bomer as the eyebrow plucking pretty boy Ken, who reveals a funny New Agey side. Like all of their eccentricities they tease him about it but also accept it. True friendship. END_OF_DOCUMENT_TOKEN_TO_BE_REPLACED

As if all that wasn’t a tall enough hurdle to jump over, this was maybe the first movie production to get screwed by internet spoilers. A first draft of the script got leaked online, so they changed the twist ending during filming. (I bet Elise Neal was bummed she didn’t get to do her killer reveal speech.) END_OF_DOCUMENT_TOKEN_TO_BE_REPLACED 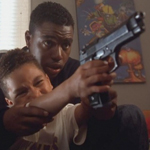 This shows you the relationship between these two. Caine knows it’s stupid to be showing it to people, and he complains about it every time, but he never makes him stop. END_OF_DOCUMENT_TOKEN_TO_BE_REPLACED 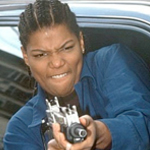 So with that in mind it’s pretty cool that Gray’s second movie has an entirely female POV. END_OF_DOCUMENT_TOKEN_TO_BE_REPLACED

TALES FROM THE CRYPT PRESENTS: DEMON KNIGHT is another enjoyable studio B-movie of the ’90s that held up better than I thought it would. Directed by Ernest Dickerson (cinematographer of DO THE RIGHT THING, director of BONES, and that about sums him up) it’s a pulpy supernatural hotel-siege tale with a game Billy Zane as the (SPOILER) demon that the knight fights with. END_OF_DOCUMENT_TOKEN_TO_BE_REPLACED

I love the idea that somebody like Jackie Chan or Michael Jordan who has extraordinary physical skills could actually just be a smart dude who figured out loopholes in the laws of reality. If you can understand the program well enough you can cheat and do things that a person isn’t supposed to be able to do. In the old shaw brothers movies it was just magic or shaolin wisdom but here we put those same spectacular moves in a sci-fi context and we get a whole different spin where even some jackass like Keanu Reeves can fly through the air and be so convincing that most of American can watch him as the iconic badass Neo and not even think of him as Keanu anymore. END_OF_DOCUMENT_TOKEN_TO_BE_REPLACED 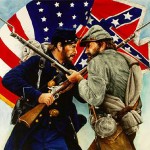 Well shit I don’t know. Personally I’m divided on both of these. I love ’em and I hate ’em. I think I love Dancer in the Dark a little more than I hate it and hate Bamboozled a little more than I love it. But I mean who knows I am so divided and provoked and outraged at their explosiveness that I don’t even know up from down anyway. END_OF_DOCUMENT_TOKEN_TO_BE_REPLACED