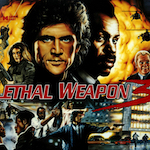 More importantly, I decided it was necessary for comparison. There will be three other big tentpole type sequels this summer, one of them being PATRIOT GAMES (which I’ve also reviewed, but probly won’t revisit) and the other two being, you know… weird. In contrast, this one wants to be exactly what you would imagine a third LETHAL WEAPON to be, no real surprises. As Desson Howe wrote in his review in the Washington Post, “If there’s an original moment in this movie, producer Joel Silver and director Richard Donner sincerely apologize… essentially, they guarantee you the same product you consumed twice before.” END_OF_DOCUMENT_TOKEN_TO_BE_REPLACED

The first two were location-based premises (the White House is attacked, London is attacked), this one makes the fair assumption that if we’re still watching these we’re okay just following legendarily amazing Secret Service agent Mike Banning (Gerard Butler, DRACULA 2000) whether he goes to a new city that gets attacked or not. “ANGEL” refers to him, a “guardian angel” who has “fallen” by being blamed for an attempted assassination of the president and having to go on one of those old fashioned fugitive runs to prove his innocence. END_OF_DOCUMENT_TOKEN_TO_BE_REPLACED

I think PART II had an okay reception, and this isn’t supposed to be an apology for it like LAST CRUSADE was for TEMPLE OF DOOM. But it’s kinda funny to me because PART II’s trailer narrator said, “No more tournaments. No more cheering crowds. This time… the combat… is real.” Of course there’s no more tournaments and crowds and shit, that wasn’t real combat at all, that was for babies, and only a complete coward would make another movie about that kind of sissy bullshit. We have moved well beyond that nonsense and fuck you if you even think for one second that– oh, what’s that? We’re doing tournaments and cheering crowds again? Oh, cool! Welcome back! END_OF_DOCUMENT_TOKEN_TO_BE_REPLACED 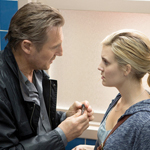 Even more than part 1 and part 2, part 3 leans heavily on the non-action movie family stuff. There’s a whole lot of time spent showing that he has a good relationship now with his daughter and ex-wife and gets along with his daughter’s boyfriend and tries to help Lenore with her problems with her second husband Stuart (Dougray Scott). I guess at this point I sort of have to admire that Besson cares so much about these characters, or thinks we do, but it’s not like this is real deep observations about relationships. And besides, UNDER SIEGE 2: DARK TERRITORY will always be the definitive action sequel where an old asskicker gives a giant teddy bear to a female relative and it’s awkward because she’s way too old for it. END_OF_DOCUMENT_TOKEN_TO_BE_REPLACED 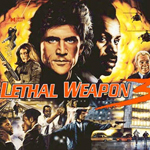 LETHAL WEAPON 3 is the third one in the series in my opinion so it brings with it certain baggage, but also certain strengths. On the negative side, it feels more concerned with satisfying sequel expectations than with actually telling a good story. Even more than the other two it feels more like a list of ideas strung together than a story. Oh, we gotta bring Leo back, he should be bleach blond and act all Hollywood and stuff, that would be funny. And Murtaugh should be trying to sell his house and they try to not mention to prospective buyers that a bunch of deadly battles took place there! Oh yeah, Leo could be the real estate agent. That’s it! And Murtaugh should be retiring soon so he’s all worried he’s gonna get shot, ’cause he realizes how it works in movies! But then it’s Leo that gets shot, he’s okay but he gets all high and mighty about it, saying he got shot in the line of duty. You know how Leo is. Murtaugh should bond with a son this time, not just Rianne. Something about guns in the black community. Oh, and explosions. Bigger than before. One of those “the red wire or the green wire?” scenes could be fun. Who should be Riggs’s new girl? How ’bout a girl cop? You think she’s uptight, ’cause she’s internal affairs, but then she knows how to kickbox!
END_OF_DOCUMENT_TOKEN_TO_BE_REPLACED