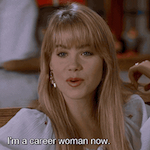 The titular mom (Concetta Tomei, Max Headroom) goes on vacation to Australia with her boyfriend, and right when she’s leaving reveals to her five kids that she hired the titular elderly babysitter (Eda Reiss Merin, THE BLACK CAULDRON) to stay with them. I guess it’s a long trip, but this is two 17 year old high school graduates, a 14 year old, a 13 year old and an 11 year old – do they really need a full time paid supervisor? In ’91 no, of course not, you just give the kids a key and pizza money. So I guess this movie was ahead of its time. END_OF_DOCUMENT_TOKEN_TO_BE_REPLACED 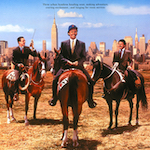 The scene goes down at the 39th birthday party of Mitch Robbins (43 year old Billy Crystal, ANIMALYMPICS) and inspires Phil to unleash twelve years of suppressed fury at his wife in front of the Robbins family and all their friends. If this was reality he’d for sure be the bad guy here, but we’ve already been primed to hate how this horrible wife talks to him and feel victory in him telling her off. END_OF_DOCUMENT_TOKEN_TO_BE_REPLACED 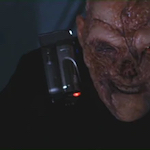 Despite that titelistical swagger, I found the sequel pretty disappointing. The pacing, limited locations and somewhat grimmer tone make it way less entertaining than the first one, but it’s at least admirable that it’s not at all a rehash and that it adds a bunch of weird new stuff to the mythology. I respect that. END_OF_DOCUMENT_TOKEN_TO_BE_REPLACED

This is cheap but not at all cheesy. It’s artfully moody, takes place in a fully-realized post-apocalyptic world, is thoroughly grim and serious but not without its fantastical flourishes. It’s not one of those genre deconstructions that deconstructs out all the ingredients you paid for – it has cool monsters and gore. What it lacks in humor it makes up for in the warmth of strangers bonding, working together in a disaster and hoping for a promised land. It’s a good balance of THE ROAD with John Carpenter’s VAMPIRES. END_OF_DOCUMENT_TOKEN_TO_BE_REPLACED 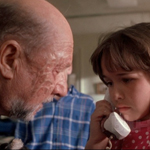 In part 4 they had to undo Loomis (Donald Pleasance) having blown himself and Michael sky high in part 2. They handled that by just having both of them alive but burnt. This time they have to undo part 4’s ending, where Michael was shot to death by cops and collapsed into an abandoned mine, but his evil spirit and/or curse was passed on to his little niece Jamie Lloyd, and she stabbed her step mom in the tradition of little Michael killing his sister in the opening of part 1. END_OF_DOCUMENT_TOKEN_TO_BE_REPLACED 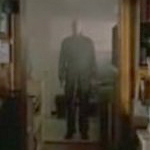 That was 1982. Next thing you know it’s 1988, ten years after the first one. Freddy is appearing in his fourth movie. Jason is appearing in his fifth (part 7 of a series that started after HALLOWEEN). John Carpenter is off making THEY LIVE and wants nothing to do with this slasher icon shit. But HALLOWEEN is financier Moustapha Akkad’s job now, so he’s gonna make another one no matter what and he’s gonna call it THE RETURN OF MICHAEL MYERS just so everybody is clear. END_OF_DOCUMENT_TOKEN_TO_BE_REPLACED

This one is about Amy (Danielle Harris, MARKED FOR DEATH, THE LAST BOY SCOUT), a medical examiner working a long shift on her birthday. Geeky co-worker Seth (Kaj-Erik Eriksen) surprises her with a cake. I’m not sure about eating something that was put under a blanket on a slab in the morgue for a surprise, but I guess movie morticians are always eating big sloppy sandwiches while they work to show how over it they are. This is tame in comparison. END_OF_DOCUMENT_TOKEN_TO_BE_REPLACED 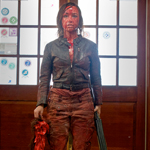 So I’m proud to announce that I finally pulled it off. I really liked a HATCHET movie! Part III specifically. Maybe we can credit new director BJ McDonell (promoted from steadicam operator on the first two in the series), but to be fair I-II director Green did write this and was very hands-on as a producer from what I’ve read. Maybe practice makes perfect. After 10,000 hours of making HATCHET movies you get really good at it, like Malcolm McDowell says. END_OF_DOCUMENT_TOKEN_TO_BE_REPLACED

HATCHET II is at least more fun than HATCHET I. Both are maybe too tongue-in-cheek, but at least they’re kind of slasher throwbacks, nothing meta-y or postmodernish or self-reflexable about them, and I appreciate that. They got Kane Hodder from FRIDAY THE 13TH parts whatever playing Victor Crowley, a Madman Marz-type ghost-of-a-murdered-deformed-guy chopping up trespassers in a Louisiana swamp. END_OF_DOCUMENT_TOKEN_TO_BE_REPLACED