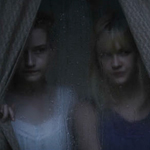 This is told mostly from the family’s perspective, and they’re not some weirdo Leatherfaces. To them it’s, like, a family doesn’t just stop celebrating Christmas one year. The Parkers are gonna eat a bowl of human chili on Lamb’s Day. It’s how they were raised. END_OF_DOCUMENT_TOKEN_TO_BE_REPLACED

This is cheap but not at all cheesy. It’s artfully moody, takes place in a fully-realized post-apocalyptic world, is thoroughly grim and serious but not without its fantastical flourishes. It’s not one of those genre deconstructions that deconstructs out all the ingredients you paid for – it has cool monsters and gore. What it lacks in humor it makes up for in the warmth of strangers bonding, working together in a disaster and hoping for a promised land. It’s a good balance of THE ROAD with John Carpenter’s VAMPIRES. END_OF_DOCUMENT_TOKEN_TO_BE_REPLACED 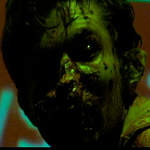 Before I scare you off, let me tell you what inspired me to rent it: it’s the feature debut of Jim Mickle, who directed COLD IN JULY. And I actually didn’t realize this, but the lead is Nick Damici, who is his co-writer and also appears in his movies STAKE LAND, WE ARE WHAT WE ARE and COLD IN JULY. END_OF_DOCUMENT_TOKEN_TO_BE_REPLACED 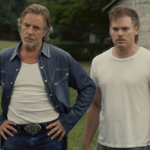 Richard points the gun at the guy. The guy stares at him. What now? Before he can figure that out, his shaky finger accidentally pulls the trigger, shoots right through the dude’s eye. END_OF_DOCUMENT_TOKEN_TO_BE_REPLACED