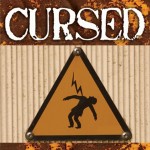 This is the new one from Wes Craven, who in my eyes at least still has some small amount of credibility. I know he tries his damndest to piss it away on executive produced projects like DRACULA 2000, WISHMASTER, WES CRAVEN’S SO-CALLED CARNIVAL OF SOULS, etc. And he’s done some bad ones all throughout his career. Like DEADLY FRIEND and DEADLY BLESSING. I forget which one is which. One of them involves a robot. And VAMPIRE IN BROOKLYN. And THE HILLS HAVE EYES 2. END_OF_DOCUMENT_TOKEN_TO_BE_REPLACED