END_OF_DOCUMENT_TOKEN_TO_BE_REPLACED

Alvin and the Chipmunks (not the squeakquel – the nutriginal)

Let’s say you are an adult male, single. You’re unhappy with your advertising job, but you are a home owner, and you also own a whole bunch of instruments and recording equipment for pursuing your true passion of songwriting. You even have a very good connection – a college friend who runs a huge record label and who’s willing to listen to your demos. Only problem is your music is corny and old-fashioned, and he’s looking for terrible and new-fashioned. Also, you’re lonely because you were Afraid Of Commitment so your model-looking girlfriend left you. Then one day you steal an entire basket of muffins for no reason, and your hearing, eyesight and powers of observation are so off-the-charts terrible that you do not notice three large, talking anthropomorphized chipmunks loudly hanging from and climbing into your basket while you’re carrying it. So they hide in your house and eat a bunch of your food and for some reason you keep not hearing them even though they’re talking at normal volume in the same room as you. But you finally notice them so one of them farts in your face, they break a jar over your head and think they killed you so they discuss disposing of your body.

But when you wake up you throw them out of your house and then you hear them singing. You thought they could only talk but it turns out they can also sing. So what do you do? END_OF_DOCUMENT_TOKEN_TO_BE_REPLACED 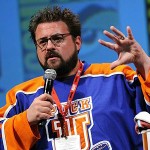 But for the rest of us – look out! If there is a buzz on this movie, if they tell you it’s funny and you might like it, DON’T LISTEN. Avoid eye contact. Distract them with a simple gesture like plucking a flower petal or unscrewing the cap on a salt shaker, then escape to a neutral area such as a theater playing Takeshi Kitano’s BROTHER. I don’t care if they say “He’s an independent filmmaker making one last lowbrow comedy before moving on to sophisticated adult fare!” Or, “It’s a witty satire about the internet and the age of celebrity!” Or the old, “He writes comic books!” It’s not true. This one is STRICTLY for the hardcores who want to clap and go “whoo” whenever a character from clerks comes on. END_OF_DOCUMENT_TOKEN_TO_BE_REPLACED 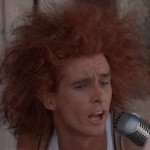 It’s kind of like on that radio talk show Loveline, when they get what they call a “my dick is too big to ride my bicycle” call. Where it is really more bragging than questioning. END_OF_DOCUMENT_TOKEN_TO_BE_REPLACED