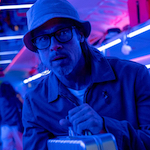 But to me the movie is a disappointment. For the last year or two I knew it was the big 87North movie with the crazy-good cast headed up by Brad Pitt fighting each other on a train, and I just took it for granted it was gonna be top of the line. On the surface it is – it’s colorful, has a sense of style, and mostly avoids that everything-is-green-screen feeling of so many modern movies. It even has a good soundtrack of (until Rare Earth on the end credits) non-obvious songs, from Shuggie Otis to Pussy Riot to a really strong use of “Holding Out For a Hero.” Strong because it’s not the original Bonnie Tyler version from FOOTLOOSE, but a Japanese cover made by Miki Asakura in 1984 as the theme for a show called School Wars (now remixed with some MORTAL KOMBAT-y dance music flourishes). END_OF_DOCUMENT_TOKEN_TO_BE_REPLACED 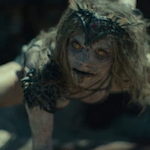 ARMY OF THE DEAD did not live up to my hopes, so I will share many complaints about it. But that doesn’t mean I didn’t like it – it’s an entertaining movie, especially for straight-to-Netflix. I recommend watching it if you’re into this sort of thing and won’t pull your hair out that it’s either surprisingly sloppy or prioritizes setting up anime spin-offs and fan theory speculation over telling a good story. END_OF_DOCUMENT_TOKEN_TO_BE_REPLACED 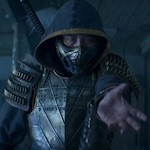 Here’s the problem: I’m the type of guy who thinks you could make something truly kick ass out of any bullshit that involves colorful characters fighting each other. They’ve been talking about a new Mortal Kombat movie for more than 10 years, with James Wan announced as producer for six of those, and I think the ‘90s incarnations are fun (if ridiculous) movies that have plenty to build upon. So for years now I have been anticipating this movie that ended up being directed by Australian commercial director Simon McQuoid and written by Greg Russo (first credit) and Dave Callaham (DOOM, THE EXPENDABLES, WONDER WOMAN 1984), with a story credit for Oren Uziel (who had been developing it with Kevin Tancharoen after his unlicensed Mortal Kombat: Rebirth short and an episode of the official web series Mortal Kombat: Legacy). And I thought it might be something special. Maybe next time. END_OF_DOCUMENT_TOKEN_TO_BE_REPLACED 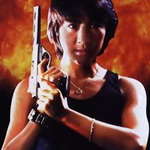 Michelle, called Michelle Khan at the time, plays Michelle Yip, who at the beginning is visiting Japan and enjoying one of those things where Japanese youths dress up rockabilly style and dance in the street. She happens to be in the way watching a guy play barrels as drums when some gangsters come by chasing a fleeing kid. So when she sees what’s happening she goes after them, stickfighting, climbing on statues and kung fu-ing them before she whips out her badge and we learn that she’s a Hong Kong cop. END_OF_DOCUMENT_TOKEN_TO_BE_REPLACED