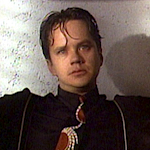 I don’t hear people talk about it that much these days, but it has an 86 on Metacritic, which they quantify as “universal acclaim.” And it has a Criterion Edition. I remember it being viewed as a major cultural event in the film coverage I read in magazines and alternative weeklies of the time. In his review, Roger Ebert brought up Wall Street scandals and said the movie “uses Hollywood as a metaphor for the avarice of the 1980s,” but in my memory people enjoyed it as a satire of Hollywood executives. My most specific memory about it was a certain cameo in a movie-within-the-movie meant to parody the “pat Hollywood endings” joked about throughout the movie. END_OF_DOCUMENT_TOKEN_TO_BE_REPLACED

Billie Jean would not be legendary if she put up with this type of treatment. Instead she goes to the store owned by the ringleader Hubie Pyatt (Barry Tubb, Wolfman from TOP GUN)’s dad (Richard Bradford, MORE AMERICAN GRAFFITI) and demands the $608 it will cost to repair the scooter. Mr. Pyatt pretends to be reasonable but then tries to get her to have sex with him for the money, which is very much not in the spirit of the request. As Billie Jean struggles to get away, Binx accidentally shoots Mr. Classy with his own gun. So Billie Jean and Binx and their friends Ophelia (Martha Gehman, F/X) and Putter (Yeardley Smith, THREE O’CLOCK HIGH) go on the run. END_OF_DOCUMENT_TOKEN_TO_BE_REPLACED

In one sense Tucker is full of shit. He thinks he can make this car, but he lets people believe he already has. He pushes his sons and trusted collaborators into overdrive to figure out how to build a good-enough prototype in time for the big unveiling. Like a movie trying to make a summer release date. The dream runs into the reality of unforeseen problems and limited time and resources, but he’s happy to just build a thing that looks like the concept art. END_OF_DOCUMENT_TOKEN_TO_BE_REPLACED 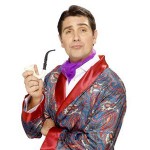 Rope is Alfred Hitchcock’s picture which started the real time gimmick where you try to make the movie look like it was all done in one shot. The movie is actually done in 8 shots because you can’t put that much film on a camera I mean gimme a break, it’s too much. So they shoot until the roll of film is about to run out and then they zoom into the back of a guy’s jacket and then zoom out from the jacket on the next roll of film and you pretend it’s continuous. END_OF_DOCUMENT_TOKEN_TO_BE_REPLACED