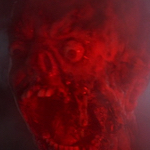 One could reasonably assume that a Stephen-King-based TV movie in the ‘90s would be a Mick Garris joint, but in fact it’s a different notable horror director: Tom McLoughlin of FRIDAY THE 13TH PART VI: JASON LIVES fame. He also did ONE DARK NIGHT and, come to think of it, co-created She-Wolf of London with Garris. This one comes from a King short story first published in Cavalier in 1974, and later included in Night Shift. It was adapted by Lawrence Konner & Mark Rosenthal, whose all-over-the-place filmography at this point included THE LEGEND OF BILLIE JEAN, THE JEWEL OF THE NILE, SUPERMAN IV: THE QUEST FOR PEACE, and DESPERATE HOURS. END_OF_DOCUMENT_TOKEN_TO_BE_REPLACED 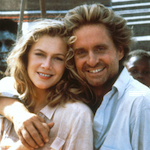 The story starts six months later, with Joan and Jack sailing around the world on the boat he bought with the proceeds from part 1’s stolen jewel. (I thought he bought it for her as a gift, but I guess not.) This time she’s having trouble writing her books because her life is too much romance and adventure. She’s actually bored of all the exotic locales and beautiful sunsets and sits in the boat with her typewriter writing a garbage pirate adventure which she now imagines starring herself and Jack but also gets thrown off and accidentally turns the pirates into punks? I don’t know if that represents a typo or a failed artistic flourish or what. END_OF_DOCUMENT_TOKEN_TO_BE_REPLACED

Billie Jean would not be legendary if she put up with this type of treatment. Instead she goes to the store owned by the ringleader Hubie Pyatt (Barry Tubb, Wolfman from TOP GUN)’s dad (Richard Bradford, MORE AMERICAN GRAFFITI) and demands the $608 it will cost to repair the scooter. Mr. Pyatt pretends to be reasonable but then tries to get her to have sex with him for the money, which is very much not in the spirit of the request. As Billie Jean struggles to get away, Binx accidentally shoots Mr. Classy with his own gun. So Billie Jean and Binx and their friends Ophelia (Martha Gehman, F/X) and Putter (Yeardley Smith, THREE O’CLOCK HIGH) go on the run. END_OF_DOCUMENT_TOKEN_TO_BE_REPLACED