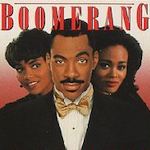 He’s definitely an asshole, but Murphy plays him with enough charm to balance some of that out. For example there’s a scene where director Nelson (Geoffrey Holder, ANNIE) excitedly presents a commercial with ridiculously suggestive shots of a model fellating a banana. Marcus tells him some parts to cut out but laughs and jokes around and just shows an appreciation for Nelson’s eccentricity. It’s not the usual thing where the successful boss guy has to be mean. Everybody loves him. (Of course, negative reviews interpreted this as Murphy having an ego. Once you’re as successful as him you get called out for playing cool guys.) END_OF_DOCUMENT_TOKEN_TO_BE_REPLACED 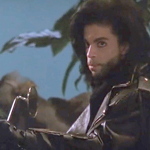 Well, as far as what happened with Apollonia and The Revolution and some of the other stuff, you’re gonna have to go to the Expanded Universe novels I guess. But to see where The Kid was at in 1990 you gotta watch the last feature film Prince ever made (this time as writer/director/composer/star), GRAFFITI BRIDGE. END_OF_DOCUMENT_TOKEN_TO_BE_REPLACED 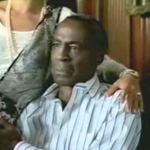 Clinton’s disembodied head floats in, on fire, a blinking animatronic third eye on his forehead, and morphs between different hairstyles as he cryptically Rod Serlings a trio of stories with his cryptic afro-futurist catch phrases. END_OF_DOCUMENT_TOKEN_TO_BE_REPLACED