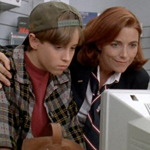 Terry Munroe (Karen Allen rocking Dana Sculley hair) happens to catch the eye of a serial killer (Ted Marcoux, DARK BLUE) shortly before he gets into a car accident (he giggles as his car slides upside down through a graveyard) and then is getting an MRI when there’s power surge and becomes a GHOST IN THE MACHINE(s). In my opinion MRI technology has gotten worse, because he gets scanned and given great power in less than a minute. Mine took a couple hours, cost me $6,250 and still didn’t make me into a magical being living inside computers and appliances. END_OF_DOCUMENT_TOKEN_TO_BE_REPLACED 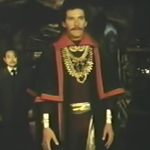 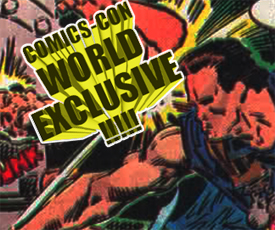 DR. STRANGE is the story of a supernatural battle going on in New York. The world you live in is a sugar-coated topping, etc. Dr. Stephen Strange (Peter Hooten from ORCA and THE INGLORIOUS BASTARDS) is a mustachioed lady’s man doctor at a psychiatric hospital who goes about his normal hospital business for half of the movie before meeting an old sorcerer dude (John Mills, GANDHI) who tells him that he has known since Stephen was a kid that he had a talent for magical voodoo type business shooting beams and saying magic words and flying in space and all that type of shit that you would have to do if you chose that sort of alternative lifestyle which so far he has not because he’s a normal person, he doesn’t believe in that shit or ever heard of it. Also Stephen’s dad knew it and that’s why the tacky ring he wears that his dad gave him matches the “ancient symbol of light” on the old man’s attic window, apparently. END_OF_DOCUMENT_TOKEN_TO_BE_REPLACED