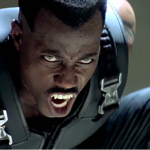 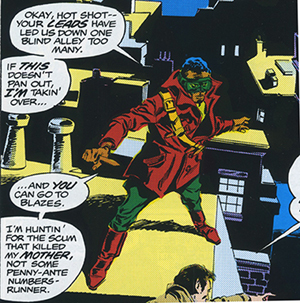 At the time it was easier to compare to other vampire movies. Anne Rice style romantic bloodsuckers had dominated the image of the subgenre since at least the movie version of INTERVIEW WITH THE VAMPIRE in 1994, and BLADE was part of a pushback that included FROM DUSK TILL DAWN two years before and John Carpenter’s VAMPIRES two months after, all reminding audiences how much fun these creatures could be as vicious monsters that need to be exterminated. Each has their own version of the rules and their own leather-clad hunters with weapons made from silver, garlic, holy water or wood, but only BLADE (and Buffy the Vampire Slayer, then two seasons in) treated it as an opportunity for martial arts. END_OF_DOCUMENT_TOKEN_TO_BE_REPLACED 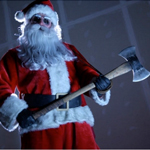 2. the end credits have a punk version of “Silent Night” where they changed the “holy night” lyric to “deadly night”
END_OF_DOCUMENT_TOKEN_TO_BE_REPLACED

REINDEER GAMES is not a Christmas movie in the sense that it’s about Christmas, or about somebody coming to a realization about the meaning of Christmas, at least not a very convincing one. But I can guarantee you this much: it takes place in December, with a heist planned for Christmas Eve, and with the participators all dressed as Santa Claus. So there are some discussions of cranberries and what not. Maybe a mention of sugar plums, I can’t remember for sure. (Have you ever had sugar plums? They’re actually really fuckin good. I wish I knew a place that sold them. I might have visions of them dancing in my head now that I remembered them.)
END_OF_DOCUMENT_TOKEN_TO_BE_REPLACED 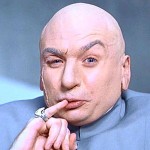 I thought for a second there I discovered a movie you didn’t know about. But after a thorough study of your “search engine” device I found out that some other individual reviewed COMIC BOOK VILLAINS once when it played at Cannes (a popular french film festival). I read over the review though and I disagreed with almost every point he made. I’m not saying it’s BLADE 2 or even CITIZEN KANE, but it is a surprisingly good small straight to video type picture and I have reason to believe that Harry and others would enjoy it when it comes out September 3rd on the video and dvd type mediums. By others I mainly mean Moriarty, I guess. But I will get to the movie after this next paragraph which is just rambling and bullshit, etc. END_OF_DOCUMENT_TOKEN_TO_BE_REPLACED 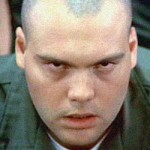 So here I am again. END_OF_DOCUMENT_TOKEN_TO_BE_REPLACED