END_OF_DOCUMENT_TOKEN_TO_BE_REPLACED

If I had to choose the better STREET FIGHTER I guess I’d have to go with the newer one, STREET FIGHTER: THE LEGEND OF CHUN LI. It’s a slick, competently made preboot with TV actress Kristin Kreuk as the young Chun Li. There seems to be more martial arts in the first 8 minutes (when Chun Li is still a kid) than in the entire STREET FIGHTER: THE MOVIE even if you watched it two times in a row. Could’ve done without Chun Li’s constant voiceover narration through the first half, though. END_OF_DOCUMENT_TOKEN_TO_BE_REPLACED

Yeah yeah, I know my movie history, so you don’t have to flood me with emails pointing out that the great visionary McG already connected the first shot of C’S As 1 to whichever studio logo it was. But this is a different thing because the movie has already started, and then we get the logo within the movie. If we are to follow our understanding of standard cinematical language, there may really be giant letters orbiting around Mars within the reality of DOOM. It all takes place indoors, so there’s no way to know if there are giant UNIVERSAL shaped shadows dripping across the landscape. END_OF_DOCUMENT_TOKEN_TO_BE_REPLACED

Joel Silver originally announced this as Untitled DMX Project, supposedly a remake of Fritz Lang’s M. If that was the case, then I guess Tom Arnold (our generation’s Peter Lorre) would’ve been playing a perverted child killer whose killing spree had caused the police to clamp down so hard that organized crime would be pretty much put out of business. So the leaders of rival gangs (DMX, Jet Li, Mark Dacascos) would pool their resources to catch Tom Arnold so everything could go back to normal. END_OF_DOCUMENT_TOKEN_TO_BE_REPLACED 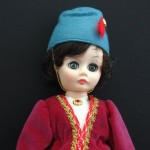 Well, that’s what they WANTED us to think. I’ve been reading about this piece for a long time and every single time they call it an update of Romeo and Juliet. I knew they wouldn’t talk like Shakespeare, and obviously there is gonna be some liberties as well as possibly some karate. But I thought it was gonna be a serious, modern karate type of picture which coincidentally happens to be about the warring capulets and whatsits and how Romeo and Juliet meet and fall passionately in love and then the shit hits the fan if you know what I mean, as far as a bunch of karate scenes happen and what not. Of course that would be totally ludicrous. I think it would be very enjoyable. END_OF_DOCUMENT_TOKEN_TO_BE_REPLACED