It actually has alot in common with ATOMIC BLONDE. A beautiful bisexual spy (well, assassin in this case) double and triple crosses her way through end-of-the-Cold-War European intrigue with a twisty plot and a couple of long, impressive fight sequences. Charlize and her action and David Leitch’s intoxicating colors and music are more my speed, but ANNA has the advantage of being real complicated without being hard to follow. It’s a satisfying tale. END_OF_DOCUMENT_TOKEN_TO_BE_REPLACED

Nolan gotta be Nolan, so he gave a simple story a uniquely tricky structure. He intercuts between the soldiers on the beach, some citizens in a small boat and a few pilots in the sky, but titles tell us that their stories encompass one week, one day and one hour, respectively. You never feel like you’re skipping around in time, but it’s an illusion, a timeline repeatedly expanding and contracting until it gets to the end. END_OF_DOCUMENT_TOKEN_TO_BE_REPLACED

And here’s the kicker: all of this was understandable even on the first viewing for knuckleheads like me and the millions of people who made it a huge hit summer movie. I mean, you don’t have to like it, but it takes a silly motherfucker to deny the accomplishment of making such an effective mainstream thriller out of a concept this complicated. END_OF_DOCUMENT_TOKEN_TO_BE_REPLACED A crazy naked dude doesn’t have a projectile mouth, he doesn’t have acid blood. But he’s just as unexpected on a ship with only a few crew members. And he knows how to stab people. In a way he could be more dangerous than an alien because he knows how the ship works and intentionally tries to sabotage their mission. END_OF_DOCUMENT_TOKEN_TO_BE_REPLACED 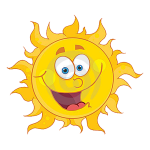 This one takes place sometime in the future, but probaly not too long in the future. The main difference between then and now: the sun is dying. Pretty shitty. Humanity came up with a plan where they sent a spaceship called The Icarus which would set off a bomb that would reignite the sun. But that ship was a bunch of slackers or something so nobody heard from them again. This is the story of the Icarus II, where they decided to use up Earth’s resources to make the last possible bomb that they could use to try to relight that bitch. END_OF_DOCUMENT_TOKEN_TO_BE_REPLACED 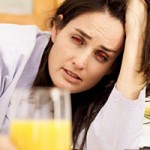 I believe this is a first for Wes Craven: not a horror movie, and yet not about a white lady teaching inner city kids to play violin. What it is is a suspense thriller type deal that takes place on a plane. It is the first in the slew of plane-fear-sploitation movies that I guess are inevitable both in the aftermath of 9-11 and in the leadup to SNAKES ON A PLANE. END_OF_DOCUMENT_TOKEN_TO_BE_REPLACED 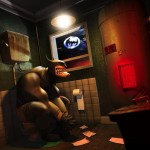 I got two thrilling stories for you today boys. First up is my review of this new Batman picture. Second is an unrelated, earth shattering movie scoop that you have not seen on access hollywood, E.T. – The Entertainment Tonight, the Michael Jackson trial re-enactments, or any of those shows. Possibly it was in some newspaper column in a city called Rochester, but I have not confirmed that yet. Anyway enough preamble let’s get down. END_OF_DOCUMENT_TOKEN_TO_BE_REPLACED