And here’s the kicker: all of this was understandable even on the first viewing for knuckleheads like me and the millions of people who made it a huge hit summer movie. I mean, you don’t have to like it, but it takes a silly motherfucker to deny the accomplishment of making such an effective mainstream thriller out of a concept this complicated. END_OF_DOCUMENT_TOKEN_TO_BE_REPLACED

SUPER is the landmark thirty-seventh movie about “what if somebody really tried to be a super hero?” But this one was made by James Gunn, the Troma guy turned SCOOBY DOO screenwriter who got some cred when he wrote the DAWN OF THE DEAD remake and then directed SLITHER. Looks like he’s had trouble getting anything off the ground since then (I guess the suits didn’t go for his take on Pepe Le Pew) so he made this one independently like he used to do, but maybe with some more skills and connections he’s made in the big leagues. For example the bit part of the lady at the pet store is played by Linda Cardellini from E.R., because she was Velma in SCOOBY DOO. (That was weird, I thought that character would come back or something, but no. She’s just a pet store lady.) END_OF_DOCUMENT_TOKEN_TO_BE_REPLACED

You know how it is. You have low self-esteem, or you have to move alot so you don’t do good in school, or you do do good in school but people pick on you, or you get kicked out of school, or you don’t get along with your parents, or you don’t have any parents. But then you find out about breakdancing or karate or illegal street racing or lambada (the forbidden dance) or civil war re-enacting or vegetarianism or whatever. Your eyes are opened to an exciting new world, you meet colorful new friends and rivals, you work real hard and train and almost give up but you have to prove something to somebody or to yourself or to both, so you go to the big tournament or championship or whatever. Well, Drew Barrymore’s directorial debut WHIP IT is about a girl finding herself through roller derby, and I was hoping it would be a little smarter version of that type of story. A generic plot that manipulates you in an obvious but enjoyable way, and that pays tribute to a sport I happen to enjoy. Like, say, DRUMLINE with girls on rollerskates. Or BRING IT ON with tattoos. That’s all I was hoping for, but WHIP IT turns out to be way better than I was hoping. END_OF_DOCUMENT_TOKEN_TO_BE_REPLACED 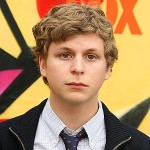 As you can see I have been witness to some of the excruciating advance hype on this year’s LITTLE MISS SUNSHINE or NAPOLEON DYNAMITE or FULL MONTY or whatever the fuck you want to say JUNO is, and I will literally punch the next article I see about Diablo Cody. I will punch it until my knuckles bleed and I will ask it for an apology. This guy Laremy who sends me lists of possible topics for film.com articles included the topic “If I see one more ‘Diablo Cody was a stripper’ article I’m gonna hang myself.” I liked the topic but there was no need for an article, the headline said it all. This was like a week and a half before they had one on the front page of the Seattle Times. So there is a newspaper that does not care about the suicide rate. END_OF_DOCUMENT_TOKEN_TO_BE_REPLACED 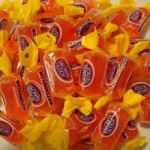 The trailer for the movie was really unsettling because it cleverly stuck to the first 20 minutes of the movie, when Thong-Girl seems to be an innocent 14 year old girl who thinks she’s more adult than she really is, getting in over her head by going to meet a much older guy she flirted with on the internet. The thing was creepy as hell because Ellen Page looks much younger than most horror movie victims, and the guy is a photographer who APPEARS to be a normal guy and therefore you figure must actually be a deranged pervert. You get the idea that the movie is sort of an I SPIT ON YOUR GRAVE type scenario where the guy rapes her or tries to rape her, or she finds out he killed her friend, or something, and then she enacts a vicious revenge. END_OF_DOCUMENT_TOKEN_TO_BE_REPLACED