I have to tell you, I really struggled to get through this one, and considered turning it off and not reviewing it. Keep in mind that I already made it through MANNEQUIN: ON THE MOVE, SUBURBAN COMMANDO and PROBLEM CHILD 1 & 2 for this series. This is a much classier production than any of those, with all the period costumes and nice cinematography by Lajos Koltai (István Szabó’s MEPHISTO, WHITE PALACE) – there are some nice looking, atmospheric scenes, like an eerie outdoor shootout in the fog. But it’s empty and soul-less and boring as shit and not in an interesting way at all. END_OF_DOCUMENT_TOKEN_TO_BE_REPLACED

The Opposite of Sex

I remember THE OPPOSITE OF SEX being a big deal indie movie at the time, but it seems mostly forgotten now, mentioned even less often than its widely hated box office competitor GODZILLA ’98. Maybe more than LO

ST IN SPACE? I had kinda forgotten it too, at least what it was about, but I’m glad I decided to get a refresher on this really funny and kinda sweet dark comedy about a… well, kind of a wild thing, I guess.

Christina Ricci, in her second best movie released on this day, plays Dedee Truitt, a mean and grouchy sixteen year old who runs away from her home in Louisiana to find her grown up, gay half-brother Bill (Martin Donovan, SILENT HILL: REVELATION 3D) in suburban Indiana. She manages to seduce Bill’s younger boyfriend Matt (Ivan Sergei, DANGEROUS MINDS, the tv show of John Woo’s ONCE A THIEF) and uses pregnancy to convince him to steal ten thousand dollars from a safe deposit box and run off with her.

END_OF_DOCUMENT_TOKEN_TO_BE_REPLACED 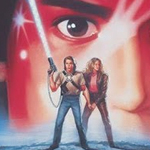 The opening text of this 1989 low budget teen angst sci-fi tale explains that it takes place “in the mind of a fifteen year old boy.” I guess that explains its cartoonishly broad idea of how people and relationships work. Eastman plays Zeke, a lonely teen who narrates in the third person, referring to himself as “The Visitor” because he’s “a visitor from another galaxy.” (Not really. That’s his fantasy.) He lives in dusty King Bee, Arizona (Population 4,852) with an abusive alcoholic stepfather and is anxious to grow up and move out, so he says he “watched the skies waiting for a sign, some signal that everything was gonna be alright.” END_OF_DOCUMENT_TOKEN_TO_BE_REPLACED

I SPIT ON YOUR GRAVE (2010) is an okay-but-could-be-much-better remake of the disreputable cult classic. In the rankings of 21st century remakes of notorious ’70s rape revenge movies I’d put it at #2, more watchable than CHAOS but not nearly as artful as LAST HOUSE ON THE LEFT. It has pretty effective pacing and a couple good ideas, but it’s not as smart or observant as I’d want for a really worthwhile remake.
END_OF_DOCUMENT_TOKEN_TO_BE_REPLACED 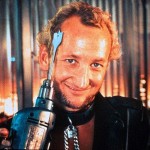 Don’t get me wrong. It’s kind of nice that they continue with some of the characters from part 3, you don’t see that in too many slasher sequels. This one starts out with Kincaid, Joey and Kristen (now played by Tuesday Knight instead of Patricia Arquette and seeming to have a completely different personality) out of the institution and in a regular high school like the kids in parts 1-2. (I wonder if they all go to the same school Nancy did? I’m not sure.) END_OF_DOCUMENT_TOKEN_TO_BE_REPLACED 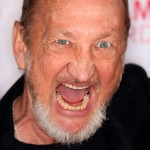 After skipping out on part 2, Wes Craven decided to co-write this one, although his script was then rewritten by Frank Darabont (who would go on to direct SHAWSHANK REDEMPTION) and director Chuck Russell (who would go on to do crap like ERASER). I think the reason for the movie’s lasting popularity is Craven’s “dream warriors” concept. In the first two you had one lead character who has to take on Freddy pretty much by themselves, with only a girlfriend/boyfriend trying to help them. In this one Craven has a girl who for some reason has the power to pull other people into her dreams. So you have a group of teens all in a mental hospital because their Freddy attacks have been misinterpreted as mental illness. They not only share the belief in Freddy, they share the same dream world, so they can work together to fight Freddy. END_OF_DOCUMENT_TOKEN_TO_BE_REPLACED