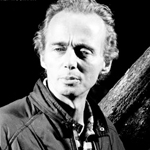 This is the story of two couples who take their dirtbikes up into some mountains in search of treasure. Like in TEXAS CHAIN SAW they’re looking for family property they vaguely know about, and a local business proprietor warns them they don’t want to be nosing around on other people’s property. Also like in CHAIN SAW that local shows up later on as one of the attackers. END_OF_DOCUMENT_TOKEN_TO_BE_REPLACED 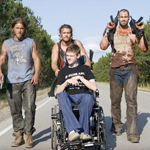 But you know what? This BAYTOWN OUTLAWS isn’t bad. It won me over. END_OF_DOCUMENT_TOKEN_TO_BE_REPLACED

I almost said there might be a giant pig out there, to avoid spoilers, but that would be a disappointing movie if they set up the possibility of a giant pig and then didn’t follow through, wouldn’t it? So don’t worry, there’s a pig. But it’s not a straight monster movie, there’s more threats involved and they’re both human and regular-sized. END_OF_DOCUMENT_TOKEN_TO_BE_REPLACED

END_OF_DOCUMENT_TOKEN_TO_BE_REPLACED

Class room discussions usually have some bearing on the horror that’s gonna happen later, either in explaining the mythology or setting up some kind of ironic parallel (see the works of Wes Craven for examples). END_OF_DOCUMENT_TOKEN_TO_BE_REPLACED

I SPIT ON YOUR GRAVE (2010) is an okay-but-could-be-much-better remake of the disreputable cult classic. In the rankings of 21st century remakes of notorious ’70s rape revenge movies I’d put it at #2, more watchable than CHAOS but not nearly as artful as LAST HOUSE ON THE LEFT. It has pretty effective pacing and a couple good ideas, but it’s not as smart or observant as I’d want for a really worthwhile remake.
END_OF_DOCUMENT_TOKEN_TO_BE_REPLACED