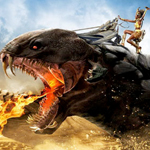 The good news is GODS OF EGYPT is not as bad as they said. The bad news is it’s not as crazy I’d hoped. END_OF_DOCUMENT_TOKEN_TO_BE_REPLACED 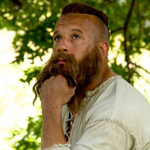 Michael Caine (ON DEADLY GROUND) plays Dolan, his Alfred-like right hand man of 50 years, but since Kaulder is older than him he always calls him “kid.” END_OF_DOCUMENT_TOKEN_TO_BE_REPLACED