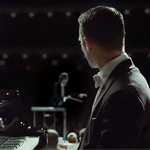 Oh, I’m sorry, no, I meant it’s SPEED on a piano! Elijah Wood (FLIPPER) plays a disgraced world’s-greatest-concert-pianist, reluctantly pushed by his movie star wife (Kerry Bishé, ARGO, RED STATE) into a high profile, high pressure performance in tribute to his eccentric, recently deceased mentor. He’s already ready to shit out all his insides on stage and then in the middle of the performance he finds threatening notes on his sheet music and a crazy sniper starts threatening him over a headset. (The credits tipped me off that it was [SPOILER?] John Cusack, but the voice is immediately recognizable anyway. Actually, I don’t know if I’ve seen him play an evil mastermind before, and he’s a natural. Usually you’re supposed to love him for his asshole qualities, in this one he’s just being more honest.) END_OF_DOCUMENT_TOKEN_TO_BE_REPLACED 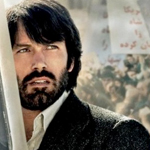 ARGO is based on an amazing true story, recently declassified and told in this great Wired article. During the Iran hostage crisis, it turns out, the CIA managed to rescue a group of stranded American workers using an unusual cover story: they were part of a Canadian film crew scouting exotic locations for a STAR WARS inspired sci-fi fantasy epic. John Chambers, the genius makeup artist behind the PLANET OF APES series (and played by John Goodman here), had done “some contract work” for the CIA according to the article (let’s hope he gets a whole series of MISSION: IMPOSSIBLE style thrillers) and helped to set up real Hollywood producers and offices for the fake movie. The now-worshipped-by-nerds comic book artist Jack Kirby (seen only in a cameo here, played by DEATH WISH V’s Michael Parks) provided the artwork that they used as pre-production set and costume designs.
END_OF_DOCUMENT_TOKEN_TO_BE_REPLACED