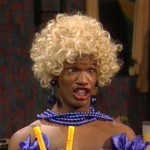 Even though they know for sure that there are no innocent office workers, janitors or burglars inside the building, our three top guns check out some statistics on their onboard computers to make sure this is morally sound. They know this is in the middle of downtown so they have to plan out a way to implode the building so that it will be all neat and tidy and no bricks will fall on anybody’s heads or anything. And they pull it off!

So this is actually a pretty optimistic near future where the pilots are not only interested in preventing casualties, but given the tools to do it and the courage to turn down the mission when it will harm civilians. It’s also optimistic because despite the amazing technology on display here, they have not gone and militarized space, which would make this super plane flyers obsolete.

Another thing that might make them obsolete, and the reason we are gathered here today to discuss a movie, is EDI, pronounced Eddie. That’s the new plane they got with a robot brain. He is their “new wingman” and they gotta teach his robot brain (which looks like it was made in a collaboration between Macintosh and Tron) how to fight terrorists. Eddie of course gets struck by lightning, his brain starts to evolve and he decides to disobey direct orders and go start selecting his own targets to attack. Which could cause some problems, is what the military people start to worry.

He got this “disobeying orders” idea from the main character of the movie, Josh Lucas. This actor was real good as a psychopath in UNDERTOW. Here he’s playing a charming McConaghey type who plays by his own rules. A maverick if you will. He doesn’t want to admit it but he’s in love with Jessica Biel (Whistler’s daughter), pilot number 3 in the secret super flyer anti terror space attack squad. There’s a scene where he sits in Whistler’s daughter’s quarters talking about the foster homes he grew up in, and in the background of the shot you can see her childhood drawing of a jet plane with the words “my aunt” at the bottom. This is another way the movie is optimistic, it assumes anybody gives a shit where these characters come from.

While this is going on, pilot #2, Oscar winner Jamie Foxx, is in his quarters by himself, going over a computerized briefing about Eddie. Also, he’s dancing and singing along with music and spinning a basketball on his finger. That is not a joke. I bet Mr. Foxx convinced them *not* to have his character eating fried chicken during this scene. I kinda figured he signed on for this before he won any awards for RAY, since this is after all a Rob Cohen movie about a talking jet plane. But I was still pretty surprised by how weak his character was. He spends half the movie trying to get laid or talking about his dick, then he dies. A Seattle critic I usually don’t agree with named Charles Mudede called him “the negro sidekick” which is pretty accurate.

I didn’t expect this out of Cohen. Obviously his movies are big on stereotypes, but he has made a movie about racism (DRAGON) and made use of multi-cultural casts (FAST AND THE FURIOUS) so you’d think he’d be up on the advances of the last 50 years.

One of the reasons the movie interests me is because I am a sucker for dumb action movies that have some kind of serious political point hidden in there somewhere. And this really is trying to be a movie about an issue. It’s like Top Gun meets 2001, except stupider. Josh Lucas and Joe Morton both play characters who are concerned about this idea of machines doing all the war. Josh gets to make a couple little speeches about how war SHOULD be horrible and require sacrifice, and how these decisions should be made by people with emotions. His admiral argues that if we can send these planes to do the fighting we might have fewer Jamie Foxxes coming home in bodybags. So they both got a point. And then they chase a plane around.

I guess the big question is is this movie funny, and to me it kind of is. It is definitely not in the higher echelon of funny-bad movies, but I got my money’s worth. I’d say it’s arguably less asinine than Cohen’s XXX, but also less gloomy and boring. And less pro-establishment. Sorry I keep bringing that one up, but I still feel betrayed by the way that guarana swilling dickhead Xander Cage sold out in that movie. Anyway, one aspect I liked in this one, there’s a little bit of a sullen teen personality in the plane as he goes through these growing pains. He starts to download MP3s and blast shitty rock music when he’s mad. Later there’s a scene where he goes to refuel from a shiny blimp thing in the sky, and he gets rejected. When Josh Lucas’s plane comes and successfully has intercourse with the blimp, Eddie comes back and starts a big shitstorm. If I can’t have her, nobody can! I HATE YOU!

There’s also the creator of Eddie, guy by the name of Dr. Keith Orbit. They make fun of his name and say he changed it, give you the idea he’s some space cadet. But then when you meet him he’s a normal dude so you know they added that late in the game when they started to worry about having a character named Dr. Keith Orbit. Anyway, he lives in Seattle in a fancy lower Queen Anne building I never noticed before. They obviously put him in Seattle to make him a Paul Allen billionaire software type, but they have this L.A. idea of guys like that being hip and glamorous. He fondles the cover to a Thelonious Monk LP while listening to some completely unrelated music. Which shows that he is cultured without having to actually have good music on the soundtrack.

Unfortunately, they didn’t do as much as they could’ve with Dr. Keith Orbit. I really wanted to see Eddie come after him, and not just because I want to see my home town attacked by an artificially intelligent jet plane in a big dumb movie. It’s also because it would’ve been funny if they tried to pull some kind of Frankenstein shit and have the plane come after his creator. But they didn’t.
There is one action scene I kinda liked, where Whistler’s daughter has to eject and finds herself between a rock and a hard place: above her is a couple tons of burning wreckage, below her is North Korea. She manages to not get hit on the head by a chunk of burning plane, but her chute does catch on fire.

And the movie didn’t quite go where I expected it to. I don’t want to give it away but let’s be realistic, nobody else wants to see this shit so I will give it away. The plane is ultimately not evil. It actually develops emotions, and Josh Lucas is able to win it over. Then it becomes a buddy movie or a flying Knight Rider scenario, before Eddie ultimately sacrifices himself to save everybody. Jamie Foxx gets a military funeral at the end (just like the end of Under Siege). Eddie doesn’t get shit. I woulda at least liked to see a single tear come out of his windshield before he died, to prove that he had become a real boy, but maybe I’ll have to wait for the unrated DVD. For more information on the films of Rob Cohen, see 5 ON THE OUTSIDE: VERN’S WRITINGS ON THE FILMS OF CINEMA which is the only book that will ever exist with a full chapter on Rob Cohen.

Jamie Foxx Jessica Biel Joe Morton Josh Lucas Rob Cohen Sam Shepard W.D. Richter
This entry was posted on Thursday, August 11th, 2005 at 3:16 am and is filed under Action, Reviews. You can follow any responses to this entry through the RSS 2.0 feed. You can leave a response, or trackback from your own site.

One Response to “Stealth”