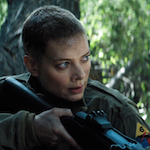 It stars Nina Bergman (ASSASSIN X, THE BEAUTIFUL ONES) as Marie Dujardin, a French woman of uncertain character. We first meet her in the back of a car with SS officer Von Bruckner (Daniel Bernhardt, ATOMIC BLONDE, NOBODY, SKYLIN3S), seeming to enjoy herself before the car is ambushed by French resistance fighters. Three years later, as the Nazis are leaving town, a mob of locals brand Marie a collaborator, shave her head and plan who knows what for her before some American GIs rescue her. END_OF_DOCUMENT_TOKEN_TO_BE_REPLACED 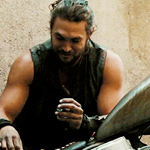