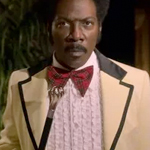 ED WOOD glorifies people whose work was and continues to be made fun of, arguing that the passion and personality behind these works imbues them with an artistic purity and value that they hadn’t previously been given credit for. Moore and friends work with a similar scrappily amateurish zeal, but they in fact made a hit movie that, at least in some parts, was intended to be laughed at. So the happy ending in this one is real! END_OF_DOCUMENT_TOKEN_TO_BE_REPLACED 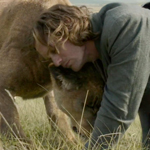 In the opening we meet Leon Rom (Christoph Waltz, INGLOURIOUS BASTERDS, THE GREEN HORNET), a cruel Belgian mercenary searching for the fabled diamonds of Opar, and Mbonga (Djimon Hounsou, AMISTAD, LARA CROFT: TOMB RAIDER: THE CRADLE OF LIFE), a menacing cheetah-masked Chief willing to trade the diamonds for the capture of his greatest enemy, name-withheld-but-cut-to-the-title-THE-LEGEND-OF-TARZAN®. END_OF_DOCUMENT_TOKEN_TO_BE_REPLACED

I guess I never saw the original FOOTLOOSE before, ’cause I always thought it was about a town where you’re not allowed to dance because they’re real religious. In this remake by Craig Brewer (yes, HUSTLE AND FLOW, BLACK SNAKE MOAN Craig Brewer) the ban happens in response to a great tragedy, when five promising high school teenagers are killed in a head-on collision after a dance. In other words, this movie is about the Patriot Act. END_OF_DOCUMENT_TOKEN_TO_BE_REPLACED 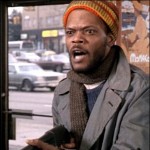 I’m not gonna complain about seeing Ricci half naked or the lurid pulpy advertising campaign revolving around Lazarus having her on a chain like a pet, or something worse. But honestly, swear to God, cross my eye with a needle, etc., I was excited for this movie because it’s from the writer-director of HUSTLE & FLOW. If you have to compare the two I’d say this one isn’t quite as compelling, although some would disagree due to the panties and boobs. END_OF_DOCUMENT_TOKEN_TO_BE_REPLACED 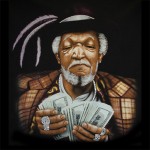 I always like Terence Howard but I’ve never seen him in a lead role before. He’s always the supporting role that steals the movie. Here he has a lead role that steals the movie. I haven’t seen GET RICH OR DIE TRYIN but I would be surprised if Terence Howard’s performance in this movie doesn’t run a hundred circles around his co-star in that movie, both as an actor and as a rapper. True, he does mumble alot in this movie (you almost need subtitles) but I still feel his enunciation is better than Fifty Cents. END_OF_DOCUMENT_TOKEN_TO_BE_REPLACED