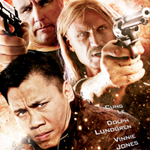 So far there are a couple of Le starring vehicles, and if you’re only going to watch one, for God’s sake choose John Hyams’ DRAGON EYES (2012), a sort of loose contemporization of YOJIMBO with Jean-Claude Van Damme in a supporting role. But if you, like me, are also willing to watch a not as good Cung Le vehicle, I offer you PUNCTURE WOUNDS from 2014. END_OF_DOCUMENT_TOKEN_TO_BE_REPLACED 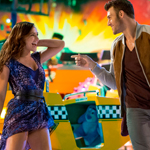 I’m happy to report that I liked part 5, STEP UP ALL IN, a little better than the last one, although admittedly they sorta cheat and do it by rehashing parts 2 and 3 and bringing back favorite characters for more than just cameos this time.
END_OF_DOCUMENT_TOKEN_TO_BE_REPLACED

I trust I’ve made my case. This young generation was hungry for a movie that is not named after but is slightly similar to a whole bunch of movies they never heard of including HOUSE ON SORORITY ROW. These producers and filmatists could feel that hunger, they could hear the growling stomach of the zeitgeist, and they delivered it this pizza. And we, as a culture, used a coupon and didn’t tip. END_OF_DOCUMENT_TOKEN_TO_BE_REPLACED