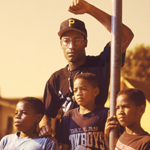 And Singleton, already, was that promise. More than a decade younger than Lee, he made BOYZ N THE HOOD at 23. Practically a kid. As I seem to have mentioned every time I ever wrote about him over the years (see links below), he was nominated for a best director Oscar the first time out, the first black director to do so, and to this day the youngest person. He became an inspiration not just for black directors, but anyone young, outside of the system and wanting to tell a story about where they come from. 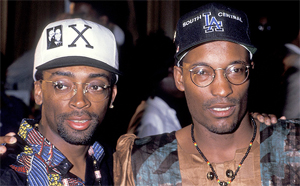 Much more than Lee, Singleton grew up with/alongside hip hop, specifically of the west coast variety. So the music and the movies had a symbiotic relationship in those days, rising together. We’d been hearing about South Central L.A. on N.W.A and Ice-T records and now here was this director who came from there, telling us how he saw life and death in his neighborhood, naming his movie after an Eazy E song, spelling and all, and giving Ice Cube (who Singleton met and told about the script as an intern on The Arsenio Hall Show) his first acting role. It’s a hell of a debut too – he’s kind of the tragic bad influence character but he’s funny and lovable, and as much as I still enjoy him in movies that last scene might still be the best acting he’s ever done. (Singleton was wise to shoot the film in sequence.)

Keep in mind that at this time it was not normal to cast rappers in movies. The studios hadn’t quite caught on to the popularity of the music, which was still used on magazine covers to scare white parents who also tended to argue that it wasn’t even music per se. BOYZ came only three months after Ice-T’s groundbreaking role in NEW JACK CITY and a month after the first season of The Fresh Prince of Bel-Air finished airing. There was no one saying “This guy did ‘Fuck Tha Police,’ he should be in a movie,” but Singleton somehow sensed his potential.

BOYZ is full of passion, humor, style, great music, and the sometimes-corny self righteousness and melodrama of a guy not that far out of high school who feels he and his friends have to fight to escape a shitty life. Laurence Fishburne (who Singleton met not on Arsenio, but as a production assistant on Pee-wee’s Playhouse) wasn’t new to movies, but I think this is the role that really cemented his intimidatingly smarter than you, wiser than you, stronger than you screen persona. Through the lessons of Furious Styles and the angst of his sons, Singleton was both preaching to his peers and shouting to everybody else about what it’s like to be a normal teenager trying to do the right thing when it’s normal to hear gun shots and police helicopters at night, when you mean no harm to anybody but you never know when hanging out with friends or going to the grocery store will turn into a confrontation with the people with guns on either side of the law. 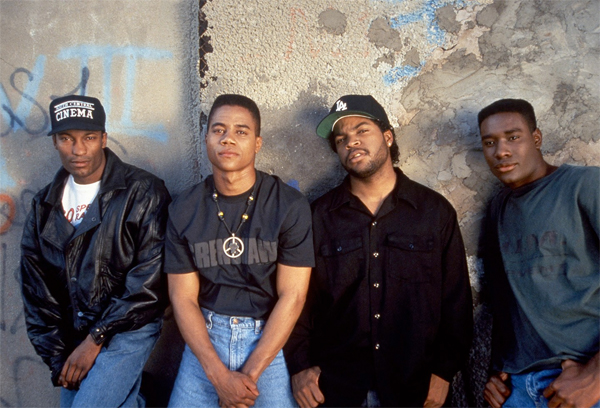 For a few years Singleton continued as that passionate young man trying to get a message out to the world. He also kept getting good performances out of musicians – Janet Jackson and Tupac Shakur in POETIC JUSTICE, Cube and Busta Rhymes in HIGHER LEARNING. He was sometimes written off as too didactic, and couldn’t carry much of his young audience into his history movie (1997’s ROSEWOOD). I liked those movies at the time and I don’t know if they’d hold up for me as an older person, but they definitely represent something about the era when music and movies felt like they could be a fun time and a molotov cocktail at the same time, so artists felt a responsibility to try to say something every time.

Maybe SHAFT is when he grew out of that and became more of a journeyman. But I think that’s an underrated movie. And it’s hard to believe but it’s one of the few full-on Samuel L. Jackson vehicles, spending a whole movie glorying in what we all love about him. It makes me sad that he’s about to revisit the role but only for comedy hijink purposes.

BABY BOY (2001), sort of his older-perspective companion piece to BOYZ, was his last movie that felt personal. But as a producer he kickstarted Craig Brewer’s career, backing him for HUSTLE & FLOW and BLACK SNAKE MOAN. In this decade he abandoned movies for television, directed an episode of The People vs. O.J. Simpson, one of Empire, one of Billions. He created and produced Snowfall, wrote two episodes, directed three.

In the case of The People vs. O.J. Simpson he was reuniting with Cuba Gooding, Jr., who he’d given his first major movie role. He did the same for Cube, Tyrese, Ludacris, Cole Hauser, Morris Chestnut, Regina King, Tyra Banks and Andre Royo. He gave early roles to Taraji P. Henson, Nia Long, Elizabeth Banks, Michael Rapaport and Mo’Nique. That alone is a hell of an influence on culture. There are four Oscar winners on that list.

I’m glad many people are writing heartfelt tributes, and I’m sure plenty have better things to say about all that than I do, so I want to spend the rest of this repeating an argument I’ve made many times in conversations about that most important topic, the FAST AND FURIOUS franchise. I firmly believe that Singleton’s 2 FAST AND FURIOUS is underrated, and that he never got his proper due for kickstarting the evolution of the series.

Singleton came aboard with Tyrese, at that time known as a model/musician he had discovered and directed in BABY BOY, catching the eye of the studio. (HIGHER LEARNING cast member Hauser also came aboard, but that’s less consequential.) When Ja Rule was being a pain in the ass about returning as his part 1 character, Singleton got fed up and called Ludacris, who was three albums into his rap career but had only had a cameo in THE WASH. Without Singleton, we wouldn’t have Roman Pearce and Tej Parker. 2 FAST introduced these important ingredients and basically set up much of the template for what a FAST AND FURIOUS movie is: stories about redemption and friendship, with increasingly ridiculous vehicle-based mayhem while our heroes are stuck between untrustworthy law enforcement and brutal criminals.

I think maybe the sequel’s bad reputation comes from being released a couple movies before the series reached its perfect form. At the time many weren’t ready for how much Singleton ramped up the silliness from the first movie. He cited anime, video games and ROAD WARRIOR as influences. The over-the-topness of cars jumping off of raised bridges, or a mob of a hundred cars pulling an “I am Spartacus” to hide one car was laughable to many people back then. Now the cars are skydiving and fighting submarines and we want them to push it further. Singleton’s movie started that trajectory. Hell, it started having them race not in a straight line!

“It was cool for me because my whole goal for this movie was that from the beginning of my career I was only concerned about being a real serious filmmaker. I wanted to be taken seriously so that when I make a movie, it means something. I got this monkey of being too serious a filmmaker and saw all these cats coming out of the music world getting these cool jobs and I thought about not always doing serious pictures while these guys are getting the fun work. So I was like ‘I’m going to do some popcorn work and make a film that’s going to make a lot of money.’ I did SHAFT which was a huge hit and felt like flipping it up cause the filmmakers I really admire from the old days like Howard Hawks and older filmmakers would go from a western to a comedy and to an adventure movie and I just felt like it was time for me to do that.” –John Singleton to blackfilm.com, 2003 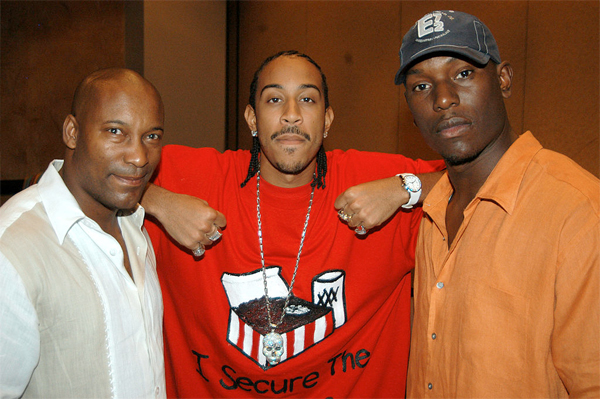 Man, it’s such a bummer that as a young man he was desperate to get out of what he saw as a dangerous situation, he was able to do just that, but then his fuckin brain still killed him way too young. But at least he got more time than Tupac and Paul Walker. And I guess we can take heart that he got such an early start he was able to fit in more than many people do.

My reviews of John Singleton movies (WARNING: in order of when I wrote them):

SHAFT – I wrote this when it came out in 2000
BABY BOY – Forgive me for this 18 year old review. But I liked the movie.
FOUR BROTHERS – This is a short and not very positive review, but I know some people are more fond of the movie than I was back then.
HUSTLE & FLOW (produced by Singleton)
2 FAST 2 FURIOUS – What I wrote 13 years ago mostly holds up.
BLACK SNAKE MOAN (produced)
ABDUCTION – This Jacob-from-Twilight-as-teen-Bourne thriller was Singleton’s last feature film. I’m afraid my review is pretty mean.
BOYZ N THE HOOD – But when I revisited BOYZ in 2015 it elevated my already positive opinion of it.
“Remember the Time” – Maybe nobody wants to read about Michael Jackson anymore after that documentary, but here’s a piece I wrote in 2017 about the Egyptian-themed video helmed by Singleton

John Singleton
This entry was posted on Tuesday, April 30th, 2019 at 12:30 pm and is filed under Blog Post (short for weblog). You can follow any responses to this entry through the RSS 2.0 feed. You can skip to the end and leave a response. Pinging is currently not allowed.