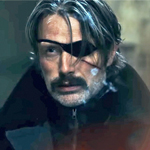 POLAR (a new Netflix original, exactly like ROMA) is one of these movies about a legendary hitman trying to retire. And it’s the type that takes place in a very exaggerated world where murder-for-hire is a thriving business populated with many quirky and talented individuals possessing a flair for fashion and creative violence. It seems like if it’s not inspired by the JOHN WICK saga it’s at least given aid and comfort by it, but technically it’s based on a comic book that started in 2012. Polar was a web comic, improvised by writer/artist Victor Santos in black, white and orange, and posted one page at a time, with no dialogue until it was later collected into a graphic novel by Dark Horse Comics. The movie is far from silent or monochrome and it’s more structured than that sounds like it would be, but when you hear it’s based on a comic book it makes plenty of sense. 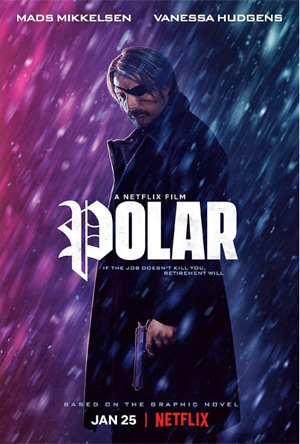 Mads Mikkelsen (VALHALLA RISING) plays Duncan “The Black Kaiser” Vizla, prolific super-elite-killer forced to retire by his company, Damocles, because he’s turning 50. He starts a humble snowy cabin life in small town Northern-Exposure-lookin Triple Oak, Montana, smoking and drinking in the dark by the fireplace and looking across the lake to his eternally sad loner neighbor Camille (Vanessa Hudgens, SUCKER PUNCH). He sees her having trouble chopping fire wood before leaving home and then when she comes back she – and we – are surprised to see all her logs have been chopped and neatly piled. That’s Duncan for you.

(By the way, I assume the title was just because the comic took place in a snowy setting and he didn’t really know where it was going at first. They probly shoulda come up with something better for the movie.)

Meanwhile the boss, Mr. Blut (Matt Lucas, ALICE IN WONDERLAND), whose aesthetic is “Paul Williams with a sword and yellow nail polish,” would rather Duncan not be able to collect his $8,207,523.04 pension check. Blut first tries having the handler Vivian (Katheryn Winnick, HELLRAISER: HELLWORLD) set Duncan up, but let’s just say their guy ends up crucified in the hallway of a fancy hotel in Belarus. So Blut sends his “A-Team” of younger killers to all Duncan’s addresses, where they keep finding the wrong people and terrorizing and killing them anyway. There’s kind of a SUICIDE SQUADdy type of bratty dark humor to their mischief , so, for example, they machine gun a large innocent man in his living room while “Islands in the Stream” plays. Best physical gag: the terrified stoner who tries to escape by jumping through a window, but just bounces off of it. They kill him and leave the room and then the window shatters. 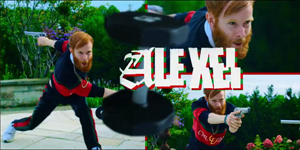 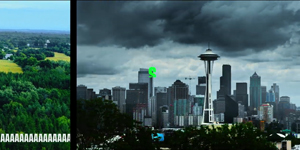 frames as their names slam on screen (which should be illegal at this point) with mismatched fonts. There are split screens and wipes always accompanied by slamming and clicking sound effects, and these characters all dress in different Please Pay Attention To Me ways ranging from neon track suits and gold chains to facepaint with only one eyebrow. Honestly I enjoyed how they set the scene to Earth Wind and Fire’s “September,” and eventually the lyrics are on screen with a bouncing ball as the characters sing along, but all this and the spastic editing bring to mind THE LOSERS x SMOKIN’ ACES with a jigger of TANK GIRL. It’s never straight up terrible, but often skates the very edge of trying too hard. 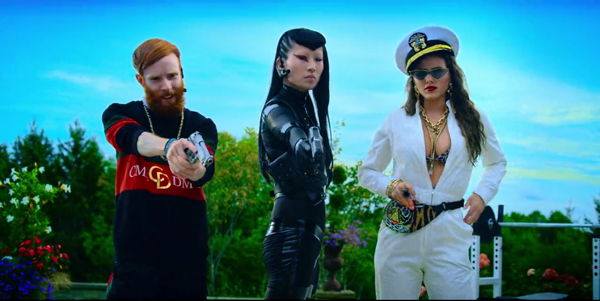 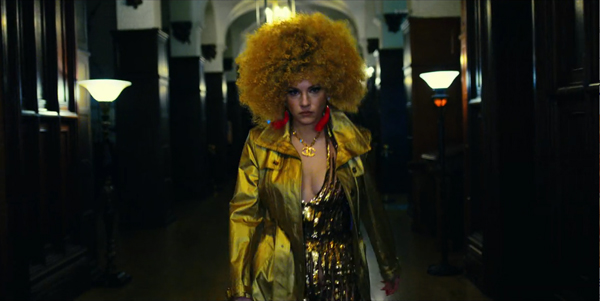 Still, credit is due to the circus troupe of cinematographer Par M. Ekberg, production designer Emma Fairley and costume designers Lea Carlson (GINGER SNAPS) and Susie Coulthard, most of whom are regular collaborators of the director, Jonas Akerlund. He did the movies SPUN, HORSEMEN, SMALL APARTMENTS and LORDS OF CHAOS, but he’s best known for music videos, including Madonna’s “Ray of Light,” Prodigy’s “Smack My Bitch Up,” Christina Aguilera’s “Beautiful,” Lady Gaga’s “Paparazzi,” Beyonce’s “Hold Up,” and a whole bunch of Roxette. After the opening he calms down a little, and most of the time he’s got a nice musical rhythm set to a driving sample score by that DJ called Deadmau5. I think the guy could have a cooler mask, to be honest, but I like the music he made here.

Though Duncan participates in the same cartoonish violence as his obnoxious foes (in fact, arguably more extreme than them), he seems to exist in a separate movie. The one he’s in is grey and cold and contemplative. While the bad guys are hanging out, somebody dancing, somebody getting high, playing music, breaking things, causing a ruckus, Duncan isolates himself, or makes timid attempts at connecting with his clearly damaged neighbor. He’s quiet and reserved, dresses well but not flashily and without color. He’s a really funny character without being witty – lots of odd, awkward conversations. He tells a woman trying to sell a dog that “I like dogs with human names, like Rusty.” Sometimes he does strange things like gently tell the killer Hilde (Fei Ren, SUPERGRID) “Try not to be scared” before he shoots her, or casually hand a bloody ax he just used to a secretary as he leaves. He’s a weirdo. But he’s our weirdo.

And when he’s part of a joke (like taking up the doctor’s offer of a slice of home made pie moments after a prostate exam) he’s so deadpan about it it never makes him seem silly. It’s mostly understated humor, like he’s always saying he’s not gonna do something (smoke, buy a dog, teach kids, kill somebody) and then he’s doing it in the next scene. But the part where he teaches a class room of young kids about knives is dampened when their questions are punctuated with comical cutaways to his assassinations – a rare case of making his scenes as hyperactive as the young peoples’.

Also, if anyone is interested, he shows his ass a bunch of times, including for doin it and for sneaking up on a guy naked in the snow. It’s an unabashedly bawdy movie with acrobatic sex, lots of blood, some nasty torture, most of it done to our hero but occasionally done by him, and generally with the attitude that this is fun or outrageous, not that it’s gonna disturb you or bum you out.

Hudgens is very good as Camille, always tired, never smiling, could also be described as frumpy. Along with some of the bit characters in the town she’s our representative of the real world of non-assassins. In many movies that could change, he could teach her to do flips and shoot people, but even just taking her out to the woods to shoot bottles is a disaster. Nope, she sits alone at night doing nothing, cries in the bath tub, seems to never forget the trauma she’s living with, just dredges through life one day at a time with no sense of joy or hope, and this is all treated solemnly. I like the way these two contrast with the Skittles-colored rogues gallery – they are better people because they take death and violence more seriously.

If you watch this, I recommend not looking at the cast list beforehand. There’s a great scene where Duncan goes to meet an Old Friend named Porter, who we first see doing sad karaoke in a mostly empty bar. It’s not Porter from PAYBACK, but it’s an actor who was a marquee name long ago and co-starred in at least one movie on most of our “favorite movies ever” lists, and I guess he’s been working all along but I haven’t seen him in anything in almost ten years so I had kind of a “holy shit!” reaction to his one nice, weird little scene.

Although I think it’s fair to call this an action movie, it’s much more about the story than any kind of setpieces, and there aren’t many long sequences of battle. Still, Mikkelsen is good with the poses and it does build to some pretty cool shit (mostly with guns). Fight and stunt coordinator/second unit director Jean Frenette has credits going back to the Jalal Merhi movie FEARLESS TIGER, the Gary Daniels movie HAWK’S VENGEANCE, and the sword fights in HIGHLANDER: THE FINAL DIMENSION. More recently he’s done IMMORTALS, POMPEII, BON COP BAD COP 2 and the Jack Ryan show (not to be confused with The Jack Ryan Show).

Though I like those scenes, it’s impressive that the real climax of the movie is not a killing, but an emotional conversation. I really like the place it ends up – sad and uncomfortable but also kind of cool and leaving me wondering what happens next as the Dangermau5 slow guitar riffs groove and the camera pulls out into the snowy mountain valley. It’s either the perfect place to end it or the perfect place to continue it from. I guess we’ll know eventually.

Dark Horse Comics Deadmau5 Fei Ren hitman Johnny Knoxville Jonas Akerlund Katheryn Winnick Mads Mikkelsen Matt Lucas Netflix Ruby O. Fee Vanessa Hudgens
This entry was posted on Tuesday, January 29th, 2019 at 11:36 am and is filed under Action, Comic strips/Super heroes, Crime, Reviews. You can follow any responses to this entry through the RSS 2.0 feed. You can skip to the end and leave a response. Pinging is currently not allowed.