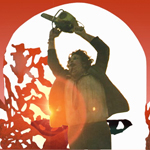 When I think of Romero I think of independence. He and his Pittsburgh based commercial company Latent Image made NIGHT OF THE LIVING DEAD to break into features, a recipe they may have gotten from Herk Harvey’s CARNIVAL OF SOULS. For them it worked, but instead of moving to Hollywood, Romero built his empire in Pennsylvania and filmed almost all of his movies there. That includes his first studio movies, MONKEY SHINES and THE DARK HALF, both of which I think are underrated. Since he later moved to Toronto, his last three films, LAND OF THE DEAD, DIARY OF THE DEAD and SURVIVAL OF THE DEAD, are filmed around there.

Like most people, the Romero movies I’ve watched the most are those first three dead movies. I saw NIGHT OF THE LIVING DEAD when I was young (but not young enough to be terrified) and have liked it for most of my life. But when I first saw DAWN it blew my head open. There’s so much to love about it: that appealing zombie-post-apocalypse survival that later took over like 22% of pop culture, the matter-of-fact unrated violence, the vivid seventies-ness of the orangey blood and brown mall furnishings, and of course I got to thinking it was real deep because it was this sort of parody of consumerism. And as I got smarter and saw it more times I found other things in it.

But there’s another Romero movie that actually speaks to me more directly, and that’s KNIGHTRIDERS. I know there are people out there who have not watched this because it’s not a horror movie and it’s super corny and it’s like 2 and a half hours long. But I watched it again the night after Romero died because that’s a movie about how I try to live. No, I am not part of a traveling community who live as knights and joust on motorcycles for entertainment, as the characters in the movie are. If I was, I promise I would tell you. But I love these guys because they have their own weird thing they do, a small fringe thing to most of the world, but to them it’s everything. So they – or at least King Billy, played by Ed Harris – stubbornly live by a code of honor. They don’t have a problem with weirdos or any races or sexual orientations. Their biggest fight is over the purity of the artform when some of them, led by Tom Savini, attempt to go mainstream with a commercialized, compromised version involving disco music. I don’t think Billy disagrees that they should be making more money, he just isn’t willing to do it by compromising this life that he loves. It’s too sacred.

In the end he does loosen up and goes to find a random young fan he had been rude to, and actually gives the kid his sword, which is way better than the autograph he’d asked for in my opinion. I’ve always wanted a sword. Of course, this change in attitude comes (SPOILER) when he’s ready to die. And Romero, too, stuck to his ideals his whole life. Although I wasn’t very satisfied with his last two movies, nobody could say they were paycheck gigs or retreads or going through the motions. He messed with his zombie template to create the heartfelt, audience-challenging independent experiments that were important to him. 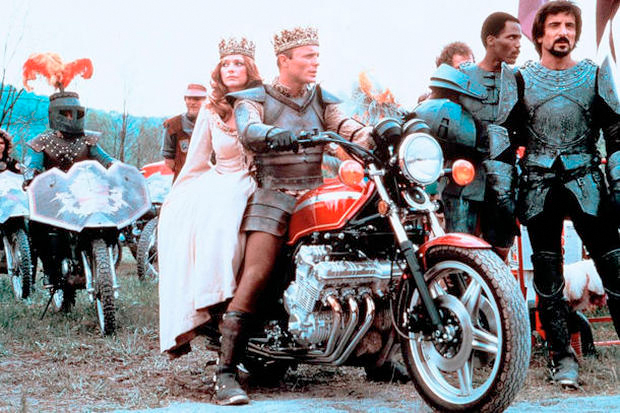 Hooper’s trajectory was arguably a little more traditional. He came up out of the independent Austin scene, but soon after his second movie THE TEXAS CHAIN SAW MASSACRE blew up (his first was EGGSHELLS, which I still haven’t seen, though it’s an extra on a region B special edition of TCSM2) he was taking gigs, meeting Steven Spielberg, etc.

But he never let go of that sweaty Texas graverobber mentality. His next movie, EATEN ALIVE, was filmed on a soundstage in California, but might be the sleaziest, most feverish thing he ever created. And it’s certainly clear that THE FUNHOUSE is a relative of CHAIN SAW, even though it’s filmed in Miami. Shit, even the all-about-Los-Angeles THE TOOLBOX MURDERS invites a bunch of dirty weirdos into your home. I guess he never conquered Hollywood – many still claim he didn’t direct his biggest hit (POLTERGEIST) – but at least Hollywood didn’t tame him.

If I had to name only one thing that defines Hooper’s movies to me, it would be the extravagance of their madness. We have discussed, and will continue to discuss, the mechanics of THE TEXAS CHAIN SAW MASSACRE and why it’s so powerful. But I want to point out specifically the amount of elbow grease that went into this low budget movie made by nobodies staying together in a house that smelled like burning animal corpses (because somebody tried to burn the pile of animal corpses they’d used as props).

Today’s “make a name for yourself” horror hits are often about simplicity. Many have premises that allow for intentionally crappy home video aesthetics. Even the more accomplished, arty ones tend to lean on improvised dialogue, minimal plot and editing, and as few special effects as possible. But Hooper, armed with 16 mm film and Daniel Pearl, made a raw drive-in nightmare that counter-intuitively grows more cinematically beautiful with each successive restoration. And he populates those images not only with the four Hall of Fame screen lunatics Hitchhiker, Old Man/Cook, Grandpa and Leatherface, but with the meticulous details of their reprehensible lifestyle: skin masks, hanging bones and turtle shells, chicken feathers, the wall of animals skulls, the graveyard body sculptures glistening in the Texas sun the morning after a grueling photography session.

Now skip ahead twelve years to Hooper’s second greatest movie and only sequel. Many had noted that TEXAS CHAIN SAW’s outrageousness was partly an illusion – showing and telling just enough about its gruesome ideas to impress them into our imaginations. For part two Hooper ditched subtlety on the side of the road and unleashed full-on Reagan era excess, most notably in the unrated Tom Savini gore and the dark humor that almost taunts the audience like we are victims. (Thankfully most of the broadest comedy, shot by second unit, was excised.) He amplified the cannibal playground by a thousand, building Texas Battle Land’s endless catacombs webbed in Christmas lights, decorated with corpses and skeletons set up with props and in comical poses. The sequel was made quickly and reluctantly under pressure from Cannon Films after they’d bankrolled his insane sci-fi duo of LIFEFORCE and INVADERS FROM MARS, yet it turned out to be the Tobe Hooperest movie ever made.

Is it possible that TEXAS CHAINSAW MASSACRE 2 is also my All Time Favorite? 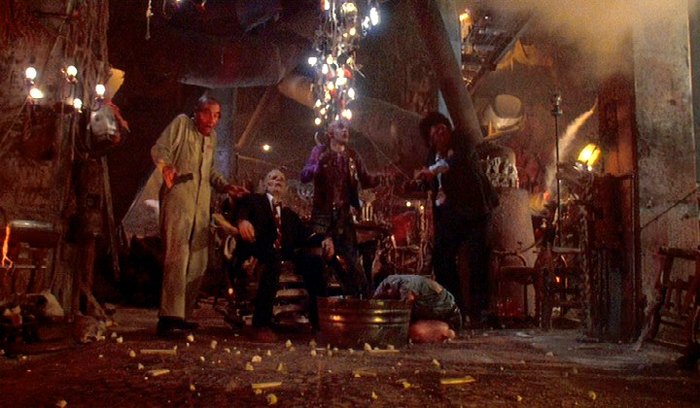 These recent passings can only lead to a scary realization for me as a fan of this era of horror that spanned the ’70s through the ’90s. There are only a few other “Masters of Horror” on the level of Craven, Romero and Hooper, and I’m not even gonna name them because maybe I’m too superstitious. As many have noted, the few marquee names among later generations of horror directors can never measure up to the accomplishments of these three. These guys didn’t really want to work so exclusively in horror, but there’s something special about the fact that they did, finding so many variations on their themes, communicating ideas in a less literal fashion than they would outside of the genre, and making a stronger connection with their audience. These days a horror director might be more likely to have chosen that path intentionally, but he or she will likely be stuck with micro-budgets their whole career. You don’t get many horror epics these days. You don’t get many Fangoria issues, either.

This month in my Halloween celebrating I plan to do my usual Slasher Searching and hitting up whatever other horror I feel an urge to watch. But I want to be sure to pay tribute to Romero and Hooper as well as other Masters we should be appreciating while they’re still with us. I’ll start with a look at a few of the later Hooper movies I haven’t watched in a long time, and we’ll see where else the month takes us. As always, I love to get suggestions even though I won’t have time to watch most of them before Halloween. That doesn’t mean I won’t watch them later.

George Romero Tobe Hooper
This entry was posted on Wednesday, October 4th, 2017 at 10:44 am and is filed under Blog Post (short for weblog). You can follow any responses to this entry through the RSS 2.0 feed. You can skip to the end and leave a response. Pinging is currently not allowed.

70 Responses to “Ode to George Romero, Tobe Hooper and the Masters of Horror”