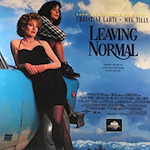 Actually it’s about a young woman named Marianne (Meg Tilly, PSYCHO II) and an older bar waitress named Darly (Christine Lahti, LADIES AND GENTLEMEN, THE FABULOUS STAINS) deciding to leave a small, boring town called Normal. But I think we all get the implication. END_OF_DOCUMENT_TOKEN_TO_BE_REPLACED

It’s 22 years after the events of PSYCHO. Norman Bates has been in an institution, having been found not guilty by reason of insanity, but is now considered fully rehabilitated. Against the petitioning of Lila Loomis (formerly Crane, and still played by Vera Miles) Norman is released. His doctor (Robert Loggia) seems to truly care about and believe in his mental stability, but regrets that cutbacks prevent society from having more social workers to look after him. For Norman’s sake and for ours. END_OF_DOCUMENT_TOKEN_TO_BE_REPLACED