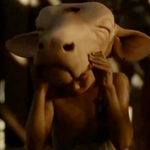 With that standard in mind, the new prequel LEATHERFACE (the second prequel/premaquel in the series, and the second movie called LEATHERFACE in the series, but the first of the series that is both a prequel/premaquel and called LEATHERFACE) is a really impressive feat. It’s the first TEXAS CHAINSAW that doesn’t at all follow the template of the original. It’s a different subgenre – outlaws on the run – that happens to take place in some approximation of Hooper’s universe. No, I don’t want a backstory for Leatherface, but after accepting that they’re set on doing that task (again), I was glad they found a more clever way to do it this time. The screenplay is by somebody named Seth M. Sherwood, but it’s directed by France’s Alexandre Bustillo & Julien Maury, who did the excellent INSIDE and LIVID. END_OF_DOCUMENT_TOKEN_TO_BE_REPLACED 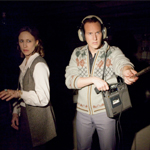 Patrick Wilson and Vera Farmiga play Ed and Lorraine Warren, supernatural investigators or demonologists. They’re actually based on a real couple who famously investigated the cases that AMITYVILLE HORROR and A HAUNTING IN CONNECTICUT and I think GHOST DAD and CASPER MEETS WENDY were based on, and wrote several books about this type of shit. I guess this is kind of like CONFESSIONS OF A DANGEROUS MIND where the movie pretends to believe their story and tells it as they would tell it. END_OF_DOCUMENT_TOKEN_TO_BE_REPLACED