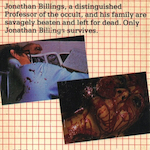 I think you can see why I’d assume a movie called MEATCLEAVER MASSACRE would qualify as a slasher movie, or at least a chopper movie. Surprisingly, if there is a meatcleaver anywhere in the movie I missed it. There is a massacre, but it’s the inciting incident, and the story is about a series of killings to avenge the massacre. I’m using title on the VHS box, but the opening credits expand it to THE HOLLYWOOD MEATCLEAVER MASSACRE, and it does indeed take place in Hollywood. So at least one third, arguably two thirds of the title is accurate in that iteration.

It’s from 1977, before the slasher craze took off, and it’s about a supernatural force killing people, but there are definitely some parallels to A NIGHTMARE ON ELM STREET, so if that counts as a slasher maybe this could too. END_OF_DOCUMENT_TOKEN_TO_BE_REPLACED 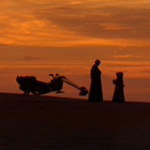 Padme Amidala (still Natalie Portman from LEON) is no longer Queen of Naboo, but she’s become one of their Senators, and is the leader of the opposition to the army-making proposition, so some sneaky no-account motherfuckers are trying to kill her. In the first scene her ship gets blown up and she gets killed, except it turns out it’s one of her doubles and she was on a different ship with her new head of security Captain Typho (Jay Laga’aia, DAYBREAKERS). This was kinda cool because she had all those doubles in part 1 and she just used them for sneaking out and seeing the world, but this is the logical conclusion of that concept. They’re there to get assassinated in her place. That’s gotta be a hell of a feeling, that it’s somebody’s job to look like you and take an explosion for you, and then the poor girl apologizes. (They just leave her body on the landing platform. Bus your table, people.) END_OF_DOCUMENT_TOKEN_TO_BE_REPLACED 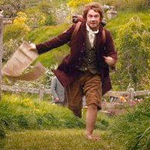 More – alot more – on the “48 FPS HFR” technology later. For now let’s talk the movie, as much as is possible. END_OF_DOCUMENT_TOKEN_TO_BE_REPLACED 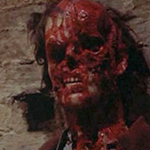 During the opening credits – an artful, colorful montage of an upper class gentleman walking through strip club neon, set to some crazy jazz – I learned that it’s from 1972. I expected later. This is pre-TEXAS CHAIN SAW MASSACRE. I don’t know about this. Is this modern enough to be a good cannibal movie?
END_OF_DOCUMENT_TOKEN_TO_BE_REPLACED

After Steve Guttenberg floated away from the series in a hot air balloon they still made three more POLICE ACADEMYs without him. I think it would’ve been cool if every once in a while they cut to him still in the balloon looking down and smiling, like “Oh, you rascals, you sure know how to prank Captain Harris!” But I guess he was above that. Or maybe just Sharon Stone wouldn’t do it. END_OF_DOCUMENT_TOKEN_TO_BE_REPLACED

For years Robin Hardy, the director of the original non-mega THE WICKER MAN, has been trying to make this movie based on his novel Cowboys For Christ. It’s supposed to be a “spiritual sequel” dealing with the same themes but not the same characters or story. I expected a barely watchable but hopefully interesting mess, but that’s not what it is. Without being directly connected to THE WICKER MAN it pretty much takes the WILD THINGS approach to sequelizing: kind of a loose paraphrase with all the details changed. It’s clunky at times and always completely unnecessary, but surprisingly compelling. END_OF_DOCUMENT_TOKEN_TO_BE_REPLACED

I can’t really think of a compelling reason why anybody should see SEASON OF THE WITCH, but it’s way more watchable than I expected. The trailers were dreary and cheap looking, it didn’t look like there was anything very original or exciting about it, it’s from the director of GONE IN 60 SECONDS (remake), and then I think it got delayed but I can’t really prove it because nobody was waiting for it to come out so who would remember?
END_OF_DOCUMENT_TOKEN_TO_BE_REPLACED

You know Hammer, the production company over there in London that did the old Dracula and Frankenstein movies with Christopher Lee and Peter Cushing? Well, they’re back, or at least somebody’s using that name again. I wouldn’t take it too seriously except that the first official theatrical release of the new Hammer was LET ME IN, and that was an extremely well made movie. It even seems to kind of make sense that the studio that did their own version of Dracula would do their own version of Let The Right One In. So I was willing to be down with these guys.
END_OF_DOCUMENT_TOKEN_TO_BE_REPLACED 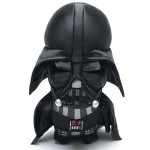 Here’s a couple topics I never want to hear about ever again: Star Wars started the era of the blockbuster. Star Wars was the first movie I ever saw and made me fall in love with the films of Cinema. I camped in line for thirty two days to see Star Wars. Empire Strikes Back is the greatest sequel ever made, and also better than any non-sequel ever made. George Lucas earned ten billion dollars on merchandise. I hate Ewoks. I love Jawas. (or is it the other way around.) Originally there was a part where Hans Solo shot Jabba the Hutt with a harpoon but now they changed it so a robot bit Luke Skywalker on the leg. George Lucas ruined my life. I have a tattoo of Hans Solo. I had all the star wars dolls now they are worth one hundred and sixty two dollars on E-bay if somebody would buy them, which they wouldn’t. The first time I ever jerked off was to Princess Leah in a metal bikini. I have nightmares about the part where Jar Jar stepped in space shit. George Lucas touched my childhood in the bathing suit area. END_OF_DOCUMENT_TOKEN_TO_BE_REPLACED