And what about John Wick walking through a desert, but dressed like John Wick? If James Bond goes out into the desert – hell, even if Batman does – he wears different gear. But there is no Desert Action John Wick. When he treks through Moroccan sand dunes he wears the same suit and tie we just saw him wearing in a New York downpour. I suppose maybe he cancelled his debit card when he came back and doesn’t know how to buy new clothes without access to his usual services. But I think it’s more because he’s an icon. That’s his uniform. That’s John Wick. And because director Chad Stahelski knows it’s surreal to see this guy in drastically different settings across the world without changing his blood-stained clothes. END_OF_DOCUMENT_TOKEN_TO_BE_REPLACED 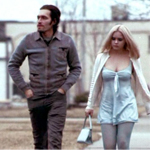 It’s easy to see what was appealing in that moment. Star/director/co-writer/composer Vincent Gallo plays Billy Brown, a just-released convict who looks like he inspired half the dudes who were in American Apparel ads (I mean, look at that striped muscle shirt). With cinematographer Lance Acord (first feature for the music video d.p.) he shoots scuzzy locations that seem like the stale refuse of the ’60s and ’70s: cracked parking lots, a bowling alley, a motel, a tiny house decorated in Buffalo Bills memorabilia. Chic, magazine ad ugly. I’m actually kind of surprised it’s not in black and white, but the muted color palette is one of its most striking features. END_OF_DOCUMENT_TOKEN_TO_BE_REPLACED 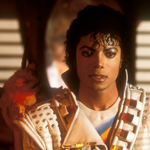 The crew consists of a robot named Major Domo (voice of Gary DePew, producer of ANGEL 4: UNDERCOVER), another one named Minor Domo that attaches into the Major’s back, a furry two-headed monster named Idey (Debbie Lee Carrington, RETURN OF THE JEDI, HOWARD THE DUCK) and Odey (Cindy Sorenson, THE DARK BACKWARD), a green elephant-man named Hooter (Tony Cox, RETURN OF THE JEDI, SPACEBALLS, BAD SANTA) and a small furry guy with butterfly wings named Fuzzball (effects by Rick Baker, makeup man for the cantina scene in STAR WARS as well as Jackson’s Thriller video). All are small in stature, most are inept and cowardly. But EO leads them through a space battle, a crash-landing and a dark tunnel to the Supreme Leader, who turns out to be a grey and black Giger-esque biomechanical witch hanging from a web of cables and corrugated tubes. She is not happy to see them. END_OF_DOCUMENT_TOKEN_TO_BE_REPLACED

Well now I’ve finally caught up with it and although it’s not an outstanding new high for Clint like FEMME FATALE is for Brian DePalma, there is nothing wrong with it at all. In fact any fan of Badass Cinema owes it to themselves to see it as one of the only american pictures relevant to our genre this year. It’s an old school cop thriller but for some reason it reminded me most of IN THE LINE OF FIRE. I think one reason Clint has stayed relevant (well, up until now I guess since nobody saw this one) is because he acts his age. He doesn’t pretend to be a young man even if he’s kissing gals who are younger than him. He is very conscious of being an old man. END_OF_DOCUMENT_TOKEN_TO_BE_REPLACED