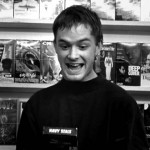 I think this movie was inspired by TOP GUN. It’s one part action movie, two parts lifestyle magazine. It wants to show that Navy SEALs are elite warriors and heroes, but mostly it wants to show what a fun time they have just hanging out with their bros when they’re stateside. Just some men, going around together, being men. Hoo rah, best buds for life. Dennis Haysbert is the only one in a serious relationship, he’s about to marry S. Epatha Merkerson, but as she’s coming down the aisle their SEAL pagers beep and they all leave. Sorry Toots, maybe next time.

So they go on a mission overseas, there’s some shooting and handsignals and what not, but as soon as they get back they go to city hall and make the marriage official. Just kidding, they all go to the golf course together and drive the carts around real crazy and say WHOOOOOOOO!!!!!! SEALs will be SEALs and all that. At least they do allow S. Epatha to be the only woman in attendance, and she doesn’t say anything about how the wedding was ruined or anything like that, she just smiles and watches their crazy SEAL golf. It’s actually pretty surprising how long this scene about golf course hooliganism goes on, and it leads directly into some more Sheen shenanigans. It turns out that he parked his convertible on the green, so it got towed, so he chases after the impound truck on a bicycle, climbs on and liberates his vehicle on the highway.

It should be mentioned that Sheen’s character is a real prick, I mean who the fuck parks their car on a golf course? He’s like one of those assholes who’s real paranoid about his car getting scratched so he parks it diagonally between two spaces. Oh boo hoo, must be such a hard life having to go to such lengths to protect your car that costs more than my organs are worth. Fuck you.

But if that’s not enough Sheen’s character is also a total racist, he talks about “ragheads” and “Japs” but it’s supposed to be part of his roguish charm, just real adorable, like when he has Michael Biehn paged so he can steal his dinner date, drive her to some makeout spot and tell her to have sex with him. He smiles when he says it though so it’s not bad, it’s cute.

Meanwhile there’s probaly something going on overseas with some sort of Egyptian terrorist who has some plan or something. I don’t know, it was last night that I watched it so there’s no way I’m gonna remember what that was all about. But they wanted this guy real bad I bet so there were gunfights and etc. Haysbert is older, black, and engaged to be married so I will not give away whether he dies tragically or whether he dies heroically. This is a no spoiler review.

Biehn is pretty much the main character, with Sheen in a close second but hogging the limelight on the cover because he’s more famous. Bill Paxton is also on the team and has a cool mustache but unfortunately doesn’t get much to do in the movie aside from a couple decent Hudson-esque moments.

I never had much of an interest in a Charlie Sheen SEAL movie, but when I realized co-writer Chuck Pfarrer did DARKMAN and HARD TARGET and that he was a Navy SEAL himself it seemed worth checking out. Unfortunately this one doesn’t deliver the sweet action movie honey the way those other two do, but it’s more realistic if you’re into that. For what it’s worth the operations seem pretty real, lots of firepower and battlefield chaos, but not disorienting like movies they make in the 2000s. I didn’t really give too much of a shit about the story, but the action is above-competently directed by Lewis Teague of CUJO fame.

U.S. SEALS might be a ripoff of NAVY SEALS. I haven’t seen it and my video store doesn’t have it. But they do have U.S. SEALS II: THE ULTIMATE FORCE, unrelated sequel by Isaac Florentine who in case you missed it is for my money the best director in DTV. This is a Nu Image movie, and even the very best of their catalog like this is gonna be a different kind of cheesy than a studio action movie like NAVY SEALS. The budget is much lower, the cast less experienced, the action not based in reality. But I enjoyed it way more.

While Florentine’s SPECIAL FORCES was a cartoonified version of what it must be like to go on special ops missions, U.S. SEALS II doesn’t even pretend to be based in military reality. It’s not a war movie but a martial arts picture in the post-DIE HARD vein. A psychotic ex-SEAL kidnaps a hot nuclear scientist (with glasses), brings her to an island and threatens to launch his two Russian stealth missiles if the army doesn’t pay him a billion dollars. (Come to think of it I’m not sure why he needed to kidnap the scientist.) Russian scientists abandoned the island due to methane leaks, so nobody can use guns or they’ll all blow up. So this should be good.

The elite U.S. SEALS II team going in to save the day consists of another ex-SEAL out for revenge because the bad guy caused his sensei to commit seipukku, the daughter of said sensei, a convict, a biker, a contract killer and an armyman (Marshall Teague, the grizzled star of SPECIAL FORCES) who gets to go because he has a powerful air gun that can blow holes in people without blowing up the island. (Nobody ever asks why nobody else gets one of those. Maybe it was made in a limited edition of 1.)

So if you’re expecting lots of slogging around in scuba gear at night forget it, this is more of a proudly outlandish type of action movie. There’s lots of surprising guards from behind, climbing through vents, trying to get within 25′ of the bad guy so they can air-shoot him. Most of the good guys die, but not before at least briefly spinning around some kind of sword, staff or chain weapon. The villain has an asskicking girlfriend played by the stunt double for Buffy the Vampire Slayer (TV show, not movie). When she duels the good guys’ Japanese swordswoman they get so into it they both slice off chunks of each other’s hair. And I guess this is a pretty big spoiler but in my opinion any movie where the villain is bisected lengthwise is automatically better than most DTV. Now there’s a scenario where you don’t have to check to make sure he’s dead. But maybe they should’ve had a shot of them just staring at the mess they made. I doubt even a U.S. SEAL II has seen that too many times before.

This one’s from 2001, in between BRIDGE OF DRAGONS and SPECIAL FORCES, and has some of the same qualities I enjoyed in both of those. Once again the characters move faster than wind, so every time they turn their heads there’s a whoosh sound effect. There’s also a laughably corny ending to rival even SPECIAL FORCES: as they leave they remember all the brave soldiers who died along the way through nostalgic slo-mo footage from happier times earlier in the movie. The montage includes a guy who died so early I forgot about him and also the guy who turned on them for money and had to get a sword through the brain or he would’ve killed them. So this is a very Christ-like montage of forgiveness.

The real question is not whether it’s better than NAVY SEALS, but whether it’s better than SPECIAL FORCES. Both have the Marshall Teague factor and great action. The advantage of SPECIAL FORCES is Scott Adkins, who has more of a movie star presence than anybody in U.S.S.II and definitely performs the most impressive martial arts sequences of the two movies. But I gotta say overall I liked this one better. The story is more fun and the action is more consistent. It doesn’t get bogged down in repetitive gun battles. You know my prejudice against gun action – I prefer fists and blades, and so does this island.

Bottom line: if you like cheesy action movies you could watch NAVY SEALS. If you like DTV you must watch U.S. SEALS II.

Isaac Florentine Marshall Teague Michael Biehn Michael Worth Navy SEALs Sophia Crawford
This entry was posted on Friday, March 6th, 2009 at 1:08 am and is filed under Action, Reviews. You can follow any responses to this entry through the RSS 2.0 feed. You can leave a response, or trackback from your own site.