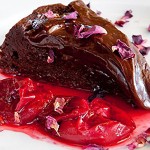 Since almost all of the best are made in the ’70s and ’80s I have to admit that part of the appeal is a certain vibe, a nostalgia for that time period and a reaction to whatever modern form of slickness has developed in horror movies since. So I think for me and even moreso for alot of my horror purist buddies the old ones can get away with a level of crappiness that the new ones can’t. I got buddies who will go on and on about hating the characters in some modern horror movie and not believe me when I try to tell them that almost all of their favorite slasher movies from the ’80s were inhabited by characters who were just as obnoxious, but with different clothes and hair.

Anyway, below that are the ones that get by only on that vibe. You sort of enjoy watching them just for that feeling they give, but they’re not actually very good (some of the NIGHTMARE ON ELM STREET sequels, most of the HALLOWEEN sequels, THE HILLS HAVE EYES 2, etc.). Or sometimes you only like them because they’re bad and you love them for it.

And then the lowest category I guess would be the ones that just aren’t enjoyable to watch at all, and that’s what you try to avoid, and what you expect from a slasher movie (or horror in general) these days.

Making a slasher movie today you can’t really aim for the top category, which is unattainable. And trying to come up with a new twist on slashers is very risky, it tends to lead to embarrassing postmodernism (fucking BEHIND THE MASK: THE SQUIRM-INDUCINGLY AWFUL RISE OF SOME SKINNY JACKASS IN A STUPID MASK WHO HAS A GIRL’S NAME) or in a best case scenario a decent slasher comedy like SEVERANCE. I think the best thing to aim for is a FRIDAY THE 13TH 2-3 type movie that accepts its lot in life as a re-enactment of an old formula, and tries to give the audience an enjoyable night at the movies. MY BLOODY VALENTINE 3-D worked for me because, while it is not as good as those two, it definitely aims for that area (in 3-D!) and doesn’t land too far off the mark.

In the prologue we learn of a tragic Valentine’s Day mining accident with one survivor, who it turns out murdered the other miners with a pick-axe to conserve air. (Wonder if the 7 Dwarfs came to a similar fate?) Now the survivor/murderer is in a coma. But a nurse notices he’s out of bed, and we can see that he’s standing behind her.

Instead of showing us some violence now, director Patrick Lussier (DRACULA 2000… but he’s getting better) cuts to a few minutes later when the police arrive on the scene, and what we see (in 3-D!) is a cornucopia of mayhem – people cut in half, rib cages torn open, body parts laying here and there. The sold out audience of people-who-are-younger-than-me that I saw it with all laughed, and this is exactly the type of attitude you need to enjoy this movie. Next the miner heads for the tunnel where the accident took place, which has already been made over into a teen party spot, so it’s less than ten minutes in and we already get our third (first onscreen) massacre, which includes not only a 3-D eyeball-popping in the tradition of the classic FRIDAY THE 13TH 3-D moneyshot, but an even more audacious death involving the chance meeting between a head and the sharp edge of a shovel.

Now we skip ahead 10 years. One of the surviving partiers, some guy from DAWSON’S CREEK who looked too old to be playing somebody that age, now looks to young to be playing the sheriff. For some reason most slasher movies take place in small towns where everybody takes over their parents’ job and everybody knows each other. But apparently they don’t know each other that well, otherwise they’d know who it is going around in a mask killing everybody. Of course, something kicks off a new set of miner murders and it becomes one of those slasher whodunits with all the red herrings. Did that miner guy actually survive? Or is it this asshole sheriff? Or the great Kevin Tighe (TODAY YOU DIE), who seems nicer than he usually plays, and therefore might be hiding something? Or how about retired cop Tom Atkins (HALLOWEEN III, THE FOG, MANIAC COP, etc.), who gets an actual role and not just a cameo? Or maybe a girl? Or the kid? Or the dog?

The plot and characters are the usual, the important thing is the mechanics are there, and the payoffs. There are plenty of tense chases, people hiding around corners trying to be quiet, trying to block doors long enough to find keys to unlock windows to escape before the pickaxe cuts a large enough hole through the door to reach the doorknob. This miner pretty much sticks to the ax gimmick the whole time, but there are many variations which are especially effective in 3-D. The ax flies at us, it pokes through a window at us, it rests on the ground as our collective head is shoved toward it. The setting is varied – of course there are multiple chases through shadowy mine tunnels, but there are other locations too, most notably a closed grocery store (always a good place for a cat and mouse chase). Lussier was an editor on SCREAM and HALLOWEEN H20, so that may be how he knows how to make these scenes flow.

When it does slow down and people have to talk about different things that will lead to solving the mystery the 3-D helps pass the time. Did you know that windshields look really cool in 3-D? I don’t know why. And glass in general – windows, goggles on an evil miner’s mask, you name it. But really there’s not as much down time as in most slasher movies, so there’s no time for 3-D yoyos, joint passings or antenna adjustment. We do get a 3-D shotgun pointed at us and a 3-D tree impales a windshield. One of my aforementioned horror buddies balked at the use of a bullet time style effect, but I thought it was a cool gag and the audience I saw it with gasped at the bullet flying out into the theater like that fuzzy little alien did in CAPTAIN EO. Also of note, there is a domestic disturbance that leads to a naked lady running around in high heels pointing a gun at a trucker played by co-writer Todd Farmer (who I’m guessing deserves alot of credit for this since he wrote the also very fun JASON X).

I do want to emphasize that you must see this in 3-D. It’s a gimmick movie and it knows it. At home in standard-D it might be okay but only at a theater in 3-D will it be a great time for all. I still don’t buy the idea of 3-D movies being the future, but they are a great way to make moviegoing into an event again.

MY BLOODY VALENTINE 3-D is somewhere in the middle of my slasher movie scale, but it was fun enough to leave me wanting a sequel. (in 3-D only.) And although I didn’t give a shit about any of these characters I did kind of like the way the sheriff, an asshole who cheats on his wife with one of her own courtesy clerks, still proves himself repeatedly willing to sacrifice himself for her. I’ll be damned, I think that prick learned the true meaning of Valentine’s Day. In 3-D.

p.s. I can’t tell you where the original MY BLOODY VALENTINE falls on that scale. I couldn’t remember if I’d seen it or not, and after seeing this version I don’t think I have. Must’ve been confusing it with THE PROWLER.

3-D Jensen Ackles Kevin Tighe Patrick Lussier remakes slashers Todd Farmer Tom Atkins
This entry was posted on Sunday, January 18th, 2009 at 2:05 pm and is filed under Horror, Reviews. You can follow any responses to this entry through the RSS 2.0 feed. You can skip to the end and leave a response. Pinging is currently not allowed.

37 Responses to “My Bloody Valentine 3-D”