Behind the Mask: The Rise of Leslie Vernon 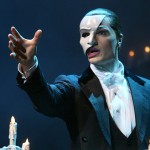 Ever since this movie played some film festivals it has gotten great reviews, especially here on the internet where people tend to fall for this sort of shit. Of course you know I am a fan of the horrors and it’s always good to see somebody try a different approach, so I was hoping they were right. But one thing I noticed was every review I read would explain the premise, which sounded like a stupid idea that would never work. But at no point did any of the reviews say, “I know, this sounds like a stupid idea that would never work, but somehow they managed to pull it off.” Instead they talked about this idea like it was a good idea. A really good idea.

Here is the stupid idea that would never work: BEHIND THE MASK is done in a fake documentary style (or fakeumentary). It takes place in a world where the iconic killers of horror movies (Freddy, Jason, Michael Meyers and Chucky are specifically mentioned) are all real. A grad student who looks kind of like Sarah Polley is doing a documentary about a guy who calls himself Leslie Vernon, a guy who is an aspiring slasher. And he explains to the camera his whole made up horror backstory, how he picks out his victims and what he plans to do with them, all of course based on the formulas of slasher movies. And there is lots of jokes about how he has to work out alot to be able to chase people while it seems like he’s just walking, and corny shit like that. So it plays off of all these archetypes or cliches and then at the end it switches from documentary to “real movie” as he tries to kill his victims in scenes inspired by FRIDAY THE 13TH 2 and 3 (the Steve Miner years). And according to the vast majority of the critics, who really liked this movie, it gets genuinely scary at this point.

Well I beg to differ, although the “scary” part at the end is at least closer to pulling off its goal than the “funny” part. I’m pretty sure it’s supposed to be funny because the main guy, Leslie Vernon, who looks like Sean William Scott without the muscles, clearly thinks he’s being funny the whole time. Nice try dude.

Here are the 3 main problems I had:

I say no. Laurie in HALLOWEEN is a prude compared to her friends, and Nancy in A NIGHTMARE ON ELM STREET is sort of too. But do we even know for sure they’re virgins? All that matters is that they are not having sex at the time of the killing spree so they don’t set off their puritanical stalkers. But what about Sally in TEXAS CHAIN SAW, how is she any more or less virginal than her friends? What about Stretch in part 2? The heroine of CHILD’S PLAY (since they brought it up) is definitely not a virgin, because she has a son. There are also moms as the heroes of NIGHTMARE 5 and 7. No, virginity never had anything to do with it, SCREAM made that up for dramatic purposes and these guys copied SCREAM’s answers on the test.

Although they don’t use the Final Girl term from the classic slasher theory book MEN, WOMEN AND CHAINSAWS by Catherine Clover, I do think these filmatists might’ve read that book. Because they get into all the Freudian bullshit about the weapon is phallic and such and such represents a womb, and they have Leslie Vernon explain all this. And we’re still supposed to be scared of him after we’ve seen him talking like some reject from WAKING LIFE.

Also, that book talks about many of the Final Girls having masculine or unisex names. I thought she was kind of stretching it with that one since most of my favorites don’t follow that (Nancy, Laurie, Sally) and she included “Laurie” as a masculine name for some reason. SCREAM followed that rule by having a Final Girl named Sidney. This one does it too, using the name Taylor, but then goes reverse and gives the killer a really dumb sounding sissy name. All the better to include in a dumb sounding (but not necessarily sissy) title.

There is one sign that the filmatists are true horror fans: they have an homage to MANIAC by having this sissy-named killer copy that part where Joe Spinnell cries, “I’m so happy!” But since this guy’s not handcuffed to a mannequin that he just stapled a human scalp to it just doesn’t have the same effect as in MANIAC.

To be fair, the execution is not as bad as you might expect. For digital video, the photography and lighting and everything is pretty good. The score sounds like a real horror movie during the real horror movie parts. But there is shit in here that is amateur too. Like there’s a scene where Robert Englund comes out of nowhere, calls out Leslie Vernon’s name and shoots him. After Leslie escapes he gets excited and says “I think I have an Ahab!” and then repeats variations on that for about two minutes. And of course the audience figured out two minutes ago that Ahab is the guy who hunted Moby Dick, so “an Ahab” in post-meta-deconstructed-reverse-slasher lingo means a guy who hunts the killer. So then, long after you’re sick of them repeating this term, the idiot documentarian character says, “Okay, you’re gonna need to define what an Ahab is” and then he actually EXPLAINS IT, as if to say “You – you there in the audience. You are fucking stupid. Open your mouth so I can spoon feed you this wonderful concept I made up about ‘Ahab’.”

And the thing is, Robert Englund’s character isn’t some kind of composite character representing all sorts of slasher movies, he is just Dr. Loomis from HALLOWEEN. Why? Because “the Ahab” is not really a common slasher movie archetype. I suppose there is Dennis Hopper in CHAINSAW 2. There is that stupid bounty hunter guy who showed up out of the blue in JASON GOES TO HELL. But it is not a necessary part of the slasher formula, there is not another iconic one besides Loomis. And Loomis just came from Van Helsing. There are not enough “Ahabs” for there to be such a term as “Ahab.” If you’re gonna do a movie that has nothing going for it except this stupid deconstructing horror movies gimmick, then you better know your horror movies inside and out. No cheating. This is cheating.

And by the way, if you expect it to deliver on the horror movie goods, like the reviews claim, well, good luck with that one. There is almost no gore in the movie and only the most basic special effects. I don’t think that really matters much, but I thought I should point it out since I checked some reviews and some of them described it as “gorey.” Simply not true.

I feel like kind of an asshole giving this movie a negative review, because it’s obviously a small little underdog of a movie. But the word on this one has been so universally positive that somebody’s gotta say it. I’m not drinking the Kool-Aid, and I like Kool-Aid. Also Tang is pretty good. This is an OSMOSIS JONES type of movie, the type of movie where after they thought of the premise they should’ve realized, “nah, not good enough to make a whole movie out of.” Take my word for it: don’t take their word for it.

This entry was posted on Saturday, April 21st, 2007 at 2:00 am and is filed under Comedy/Laffs, Horror, Reviews, Thriller. You can follow any responses to this entry through the RSS 2.0 feed. You can leave a response, or trackback from your own site.

9 Responses to “Behind the Mask: The Rise of Leslie Vernon”