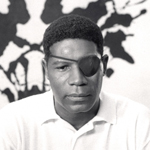 Clay survives, though. His face is messed up and he doesn’t remember who he is, but everybody assumes he’s Vincent and tells him about “his” life, including that he’s a suspect in his father’s death. END_OF_DOCUMENT_TOKEN_TO_BE_REPLACED