Chris Thor Hemsworth plays Sam, a Chicago knucklehead who thinks the Lord is smiling on him when a suitcase full of money is thrown over an overpass and lands on the hood of his station wagon. He’s not a streetwise tough guy of any kind, not a guy that knows how to handle the situation. He’s just a dipshit who thinks since nobody saw him take it as far as he knows he can just live off the money and there will be no consequences. At first his wife Leslie (Victoria Profeta) is nervous about it, but she decides to go along with it anyway. They pay off their debts in cash, buy a new Range Rover, a new house, new furniture, new TV. END_OF_DOCUMENT_TOKEN_TO_BE_REPLACED

From the director of PUNISHER #2 and the star of PUNISHER #3 comes a solid, entertaining period gangster movie. It’s a biopic of Danny Greene, an Irish American union president, gang enforcer and dodger of car bombs in Cleveland, Ohio circa early ’60s through late ’70s. If it had been done as two separate movies maybe it would’ve got an arthouse release and some critical respect, but they did it as one so it was barely released by Anchor Bay and nobody ever heard of it.
END_OF_DOCUMENT_TOKEN_TO_BE_REPLACED 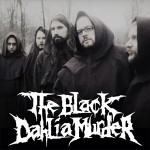 Well, I wish I could give a more passionate defense, because I really have no idea where some of these people are coming from. But I also thought that as a DePalma fan (for here on referred to as “a DePalmaniac”) the movie was pretty underwhelming. It kept me interested, it has some great scenes, I even thought Michael Meyers’s nephew Josh Hartnett was surprisingly good playing the boxer/cop protagonist. But since DePalma’s last movie FEMME FATALE was pretty much The Ultimate 100% Unadulterated Brian DePalma Film, it’s a little disappointing to see him doing what seems like just his little spin on material that alot of other directors could’ve done almost as well. I’m guessing fans of the book, though, will be more interested. END_OF_DOCUMENT_TOKEN_TO_BE_REPLACED

Usually I avoid Olympia. I know it’s our state capital, it once had a fine brewery and they got lots of college kids who brag because the rock band Sleater-Kinney was named after a street they still have near there. But I mean come on. The street isn’t even that good. In the downtown area the buildings are too far apart, and everything is closed. At least on Sunday. Anyway today they finally got a reason for me to go there: ON DEADLY GROUND. END_OF_DOCUMENT_TOKEN_TO_BE_REPLACED