Alan (Gregory Smith, HOBO WITH A SHOTGUN) is a maybe 14 year old kid who works at his dad (Kevin Dunn, MARKED FOR DEATH, also in GODZILLA, ALMOST HEROES and SNAKE EYES that summer)’s toy store, one of those ones that only sells wooden blocks and airplanes and shit, nothing based on cartoons or movies (so there’s not an anti-GODZILLA in-joke here). His dad actually has a specific “no war toys” policy. But one day his friend the delivery driver (Dick Miller, of course) has another store’s shipment of new high tech talking action figures called the Commando Elite. Alan thinks they would sell better than Lincoln Logs or whatever and convinces him to let him take a set. END_OF_DOCUMENT_TOKEN_TO_BE_REPLACED

My man Clint’s new directorial work HEREAFTER hit the home video this week, and it’s some creepy timing. The movie opens with vacationing TV reporter Cecile de France (from HIGH TENSION and MESRINE but once again I didn’t recognize her) leaving a Thai beach hotel one beautiful morning to shop for souvenirs in an open air market. Something about the filmatism here reminds me of JAWS, it’s just that heightened sense of sight and sound, you can hear voices and tones from every direction and almost feel the warm breeze on your neck. It’s so beautiful and peaceful but you know something horrifying is rumbling in the distance. END_OF_DOCUMENT_TOKEN_TO_BE_REPLACED 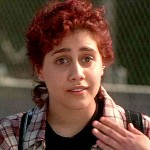 You know what I mean? Virgins. In Cherry Falls. END_OF_DOCUMENT_TOKEN_TO_BE_REPLACED