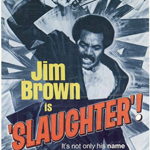 One thing that’s funny about this mission: both of his partners surprise him, and both almost get killed by him. Kim (Marlene Clark, BEWARE! THE BLOB, GANJA & HESS), at first posing as a reporter for “Black Is Magazine,” hides in his bathroom and gets the whole room shot up. Harry (Don Gordon, BULLITT, THE EXORCIST III), waits in his hotel room and as soon as he says “Hi!” gets punched through some furniture, against a wall, out a window into a swimming pool and then gets punched a couple more times while in the swimming pool. END_OF_DOCUMENT_TOKEN_TO_BE_REPLACED 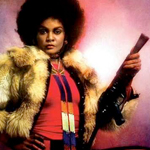 To my knowledge CLEOPATRA JONES is the only blaxploitation movie where the first shot is of a camel. Cleo helicopters into a base in Turkey. She steps out in a fur-lined, hooded cape and walks through rows of leaders gathered to give her a queen’s welcome. She flew in to personally give the order to drop bombs on a poppy field. “That’s right, baby. $30 million worth of shit that ain’t goin into some kid’s veins. Burn it.” END_OF_DOCUMENT_TOKEN_TO_BE_REPLACED

Now by that I do not mean that Entertainment Weekly shit that he is not making hits. There are many actors who are not making hits who are still completely respectable, such as our friend Mr. Eastwood. But Stallone is in the Arnold category, he’s done so much worse than making less money. His good days are so far behind him you almost don’t even associate him with them. First he turned Rambo into an icon and became the symbol of everything that is wrong with our country, our culture, our movies, and our clothes. (I mean that headband looked fuckin ridiculous.) Then he started makin shit like COBRA and DEMOLITION MAN and etc. etc. He fell so hard that even HE started noticing it after a while. So he went through a stage where he was fighting for critical respectability. He tried to go the Travolta route and lobbied for the role of Max Cherry in JACKIE BROWN. When that didn’t pan out he got fat for the role in COPLAND and america was under his spell until, you know, the movie came out. Soon he became so desperate he tried to revive both the Rocky and Rambo series, but luckily that hasn’t worked out yet. END_OF_DOCUMENT_TOKEN_TO_BE_REPLACED