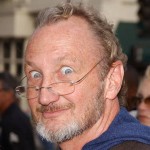 So here we are. The VERY LAST time we will ever see Freddy Krueger. Dead forever. Never, ever again will he appear in a movie of any kind, because this at last is the end of him. It says it right there in the title, twice. He is dead, and this is the final one. And what a journey it’s been. But thank God we have this precious last 89 minutes to spend with him.

I don’t know if all the New Line Cinema people were wearing funeral clothes when they made this, but behind the scenes it was kind of a family affair. Director Rachel Talalay had been working on the Freddy pictures since part 1, usually as a producer. This was her first time directing – she later did TANK GIRL. She’s also the only woman to ever direct a Freddy movie.

The writer was Michael DeLuca, who was New Line’s president of production for years, so you will recognize his name from all kinds of movies during the height of the company, like S7V7N and BOOGIE NIGHTS. Before this he had written the god-awful movie LAWNMOWER MAN as well as 5 episodes of FREDDY’S NIGHTMARES. One online profile of him says, “Michael De Luca is best known for receiving a blowjob at age 32 from the sister of actor Cary Elwes and producer Cassian Elwes in front of guests (such as ARNOLD SCHWARZENEGER, EMMA THOMPSON, JOHN MALKOVICH and QUENTIN TARANTINO) at a pre-Oscar party thrown by then head of the William Morris motion picture division, Arnold Rifkin at his home in March, 1998.”

In the beginning of the movie the crazy ticket-taker is played by DeLuca’s boss Robert Shaye, who as far as I know has not hooked up with any of Cary Elwes’ family, but is best known for refusing to pay Peter Jackson the money he was owed for LORD OF THE RINGS and then spending New Line’s last dime directing THE LAST MIMSY (Mimsy’s Dead: The Final Mimsy). Before turning the keys over to the landlord Shaye gave Jason and Freddy to Michael Bay’s company. Too bad he doesn’t get killed in the movie.

FREDDY’S DEAD is also notable for some weird cameos: Roseanne and Tom Arnold as crazy people who try to forcibly snuggle and adopt the teen protagonists, Johnny Depp as himself (or his dead NIGHTMARE 1 character?) on a TV anti-drug PSA, Alice Cooper as Freddy’s adopted dad, the Harlem Globetrotters as the employees of the shelter for homeless teens where some of the movie takes place. (okay that last one is a lie, but it would’ve been a good idea in my opinion, I am pretty good at casting.)

In the role of “guy who gives the movie unexpected credibility” is Yaphet Kotto as the dream expert. This was only two years before he started in HOMICIDE: LIFE ON THE STREET. Also you got Breckin Meyer of the GARFIELD series of movies playing the stoner kid.

Now, you should probaly sit down for this because it is shocking as hell, but in my opinion part 6 is not all that great. Still, I think Tank Girl and Blowjob Guy deserve a little credit for trying some weird stuff. For example they made it take place in the near future when Freddy has actually killed all of the Elm Street kids except possibly one who is rumored to still be alive. This is explained to us with an ESCAPE FROM NEW YORK style map, and later when the teens and their social worker visit Springwood they notice that in fact there are no kids alive in the whole town, or at least at the carnival. They show a clown smoking a cigarette – at least somebody is able to take advantage of these tragic circumstances. Good for you, clown.

Also it seems to me that the physics of the dream killings has changed, so now the sleeping bodies are way more affected than they used to be. I know from part 1 on Freddy was able to carve into people’s skin and there was at least one sleepwalking victim, but in this one it goes further. You see a guy getting knocked around like he’s being beat up by an invisible fist. A guy who is walking up stairs in his dream walks up invisible stairs in real life. The best one is the guy who dies in a video game dream – his body bounces up and down like Mario, smashing his head into the ceiling. I’m surprised that didn’t wake him up though.

Yes, there is a video game dream, and yes, Freddy does make a joke about his “power glove.” He also has a line about a high score, which made me wonder how familiar he is with video games. I’m not sure when he was born exactly, and we see in some dream/flashback combos that he had a real bad childhood. But I’d like to think he had some peace playing pinball in a diner somewhere in his teens, and that’s why he knows what a high score is. I think he was supposed to die in 1968 or something, way too early to be kidnapping kids playing Centipede at the local pizza parlor.

Anyway, as you can imagine the dreams all have stupid gimmicks like that. The stoner dies to the tune of “Inna-Gada-Da-Vida,” etc.

We find out more unnecessary backstory – turns out Freddy had a wife who he killed because she found out about his murdering, and he had a daughter. Now we understand him so much more, don’t we? Pretty deep. Alice Cooper, who wears a plaid shirt and holds a bottle of booze (characterization), beat Freddy when he was young, and Freddy learned to enjoy it. When he was younger he killed animals. The other kids in school were mean to him and called him “Son of 100 Maniacs.” In other words, everybody’s misused him, ripped him up and abused him. Another junkie plan, pushin dope for the man. You know, it turns out not all of the lyrics from “Freddie’s Dead” by Curtis Mayfield apply to this movie.

I probaly mentioned this in an earlier review, but I’m not sure I agree with the biology of that “son of 100 maniacs” thing. I don’t think that works out. Also I kind of wonder what the point of it is in this version of the story. He has the abusive non-biological father and the childhood pet-killing, just like Michael Meyers in the HALLOWEEN remake. Everything but the Kiss t-shirt. So that implies that it was a bad childhood that turned him into Freddy. But then the son of 100 maniacs thing makes it seem like it’s supposed to be hereditary. He got it through genetics. Which is it?

Whatever it was that made him a psycho, we know from this one how he became a dream stalker. Turns out there are these flying stop motion worm monsters called Dream Demons who picked out the vilest most horrible human being they could ever imagine and gave him this power. Remember how Freddy was a child killer, he got off on a technicality, John Saxon and friends wanted justice so they went and burned him alive? Well, what John Saxon probaly didn’t know is that while they were outside making sure Freddy didn’t come out he was inside talking to flying skull-headed snake things. He wasn’t surprised to see them and told them “I want it all!” I wonder why they didn’t mention this in any of the newspaper articles?

Toward the end Freddy comes into the real world and shows up in Yaphet Kotto’s office, and Yaphet beats the shit out of him with a baseball bat. Unfortunately he didn’t know to set booby traps, and a mere bat beatdown won’t cut it for Freddy. But this does give Yaphet the idea to have the heroine fall asleep and dream, with a set time to wake up while holding Freddy so that they can kill him in the real world. This is also an idea he would’ve gotten from watching part 1. Of course, it didn’t completely work in part 1 because in that last shot he seems to have outwitted them after all. But Yaphet has an idea for upping the ante – kill the fucker in 3-D FREDDYVISION!

So the big ending battle is done in eye-damaging red and blue 3-D, recreated in all its muddy glory on the DVD. It does look slightly 3-D but also looks as fuzzy as an eighth generation VHS bootleg. Nevertheless, I believe this movie proves that 3-D is the future of moviegoing. This is where James Cameron got the idea from. This will really keep the theater experience alive. Hopefully all of the Freddy movies, as well as less genre-oriented movies like THERE WILL BE BLOOD and JUDGMENT AT NUREMBERG, will be re-released with their final sequence in Freddyvision.

But even if Freddy’s legacy lives on in the form of 3-D scenes that hurt your eyes and cause you to keep taking your glasses off to make sure it’s still supposed to be in 3-D, I’m still gonna miss the deep fried old bastard. I know, I know, he was always killing people and he was just kind of annoying with all his stupid puns. So fuckin greedy about collecting souls. What was that all about? I know it’s easy to just think of him as a total prick, but somewhere inside there he was also a human being. It’s hard to understand there was love in this man. I’m sure all would agree that his misery was his woman and things. Things being his daughter and also the kids picking on him. You know what, now that I think about it this really is kind of based on the Curtis Mayfield song. He probaly shoulda got a story credit.

slashers
This entry was posted on Wednesday, October 8th, 2008 at 1:22 pm and is filed under Horror, Reviews. You can follow any responses to this entry through the RSS 2.0 feed. You can leave a response, or trackback from your own site.