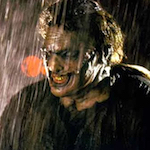 For those of you who missed it when it was a Patreon exclusive in June, here’s my Vern’s Appeals Process revisit to the 2004 remake of THE TEXAS CHAIN SAW MASSACRE. And if you’re interested in something else to read I just put up a new Patreon exclusive (for now) where I do the same for Stephen Sommers’ DEEP RISING.

INSPIRED BY A TRUE STORY

When I positively reviewed this year’s sequel to THE TEXAS CHAIN SAW MASSACRE (1974), coherently titled TEXAS CHAINSAW MASSACRE (2022), I wasn’t quite prepared for how controversial that would be. Not nearly as controversial as when I loved the 2013 EVIL DEAD remake directed by the producers/writers of this new CHAINSAW (I stand by that), but my appreciation for it really threw some people for a loop. What I came to understand was that people remembered how fiercely protective of Tobe Hooper’s creation I was when I went scorched earth on Marcus Nispel’s remake in my 2003 Ain’t It Cool News review, which I proudly titled “Vern massacres THE TEXAS CHAINSAW MASSACRE.” At least a few people wished I had come at this unpopular sequel with that same kind of righteous fury.

My perspective: of course I didn’t. That was a long time ago, I’ve changed, circumstances have changed, the franchise has changed, this one is more my style than that one was, and even if none of those things were the case, I’d still have different expectations for the — what, fifth? — sequel than the first redo. But I had been thinking about the remake, because I’d been seeing people on Twitter – possibly a generation younger than me, who saw it at a different stage in their life and horror fandom – saying that it was a classic in its own right, and they couldn’t believe there were people who disliked it. I ferociously disagreed with that assessment at the time, but like I said, I’ve changed, things have changed. And It’s been so long. END_OF_DOCUMENT_TOKEN_TO_BE_REPLACED

DARK COUNTRY, by rookie director Thomas Jane, is a stylized noir made on a low budget with a minimal cast. It was written by a guy who wrote Disney’s TARZAN and HUNCHBACK OF NOTRE DAME. It was shot in 3-D but is going straight to flat DVD. But somehow this weird combination of elements makes up a pretty good little movie, and possibly the best ever directed by one of the Punishers. END_OF_DOCUMENT_TOKEN_TO_BE_REPLACED 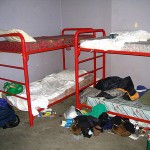 NOTE: I started writing this review but I realized between actually reviewing the movie and once again responding to the response to the movie, the thing was just too god damn long. So I figured if I split the two topics into two separate columns nobody would notice that it was too long. But then I felt bad about trying to deceive you like that so I admitted that that was what I was doing. But you found it admirable that I treated you as a mature adult so you read the two columns willingly and did not feel they were too long. It was awesome. END_OF_DOCUMENT_TOKEN_TO_BE_REPLACED