I have seen the future of Badass pictures 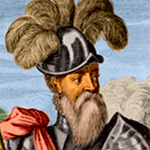 Last week I wrote about Ridley Scott and about how that fucker isn’t really all that hot especially in the case of his new one Alligator. And some of you may have been wondering, “Okay then, Vern, WHO is a director to look out for? Who can we count on to take the place of Ridley Scott if he’s never going to make a good movie again, the fucker?”

I mean I’m surprised none of you e-mailed me with that question, but then again I’m pretty sure nobody reads my column anyway. Assholes.

Well anyway if you had asked, I would’ve said, “I’m glad you asked.” Because the answer my friend is blowing in the wind, the answer is Alex de Iglasias, an individual out of the country of Spain over there in Europe. Some of my European readers from Jockey Slut magazine probaly know about Spain. Same continent I believe.

Well De Iglasias hasn’t proven himself 100% yet but hell, I’m gonna vouch for him anyway on the strength of his picture Day of the Beast. This man shows a strong sense of style, a nice dark sense of humor and originality as well as the outlaw spirit to break through genres and conventions and what not. You may not have heard of this man because for some reason the nerds of the internet have not really seemed to catch on to him yet. But believe me they will the same way they did peter jackson before he ever got involved with hobbit movies.

Day of the Beast is a horror comedy and it kind of reminds me of Brain Dead/ Dead Alive tonally wise, however it is not a gorey picture and instead of relying only on really bitchin special effects, it instead has good characters, story and jokes. Which is why as far as I’m concerned it is a way better picture in my opinion.

So this friendly old man sets out on a spree of evil and amateur satanism, and he doesn’t know evil from knievel. He tries shoplifting, keying people’s cars, even buying the heavy metal records. And that’s where he meets a big fat brain dead death metal guy with the name of the band “Satanica” tattooed on his arm. And this guy becomes his sidekick. Also the guy’s grandpa likes to walk around naked.

After that they kidnap the host of a supernatural tv show and what not and the priest is allowed to carry a shotgun and tie people up and what not, because, “I’m evil,” he says. And it is really funny.

This was a great surprise because I never even heard of this dude before. Not only that but the cover to the video looks dumb as shit. Don’t worry about that, ignore that. It is a funny stylish movie and the devil is like a goat that walks around you know what I mean it is good stuff.

So after Day of the Beast I figured what the hell, check out his next movie. Because of the auteur theory. I know it is only a theory and has not been proven by the establishment but I can vouch for it. It works.

Dance With the Devil is the american title for this Spanish-American-Mexican co-production which really should be called Perdita Durango. That is the name of Rosie Perez’s character. The movie is about how she is this scary crazy bitch and that sort of thing. I think you know this type of picture. Well she meets this big scary mexican dude with about the ugliest haircut you ever seen. Like it is shaved on the sides and really long on the back, but this is the type of scary motherfucker where a bad haircut makes him look even scarier. Because you’re not gonna tell this dude that his haircut is ugly. I think they do it to make themselves even more intimidating. It puts you on edge. What if you accidentally make fun of his hair. He’ll cut out your heart and eat it.

And I do mean that literally because that is the type of shit this dude is into. He is some kind of priest of mexican voodoo, and he does this crazy dance and pours blood and pokes at a dead guy, and the late great Screamin’ jay Hawkins is his assistant. Afterwards he fucks Perdita Durango right and left and then she comes up with this funny idea – what if we kidnap some white dude and eat him?

So that’s what they decide to do, and they kidnap two teenage white kids out on a date. And they bring them on a road trip and before you know it they’re havin sex with them and getting em naked and covering them with feathers. I think you know what type of picture I’m talking about.

Also they are going to do a pickup or a robbery or something and the cops are after them. Don’t remember exactly.

Unfortunately despite the excellent premise of kidnapping a white dude and eating him, this is not nearly as focused as Day of the Beast. Most of it is in american language and maybe that is why the acting isn’t as funny, maybe de Iglasias don’t speak american and doesn’t know his actors aren’t that funny. The death metal dude from Day of the Beast is back in a smaller role and he’s real good, but the white kids, let’s face it, they’re pretty obnoxious. You’re making us look bad kids, knock it off.

I thought Rosie Perez was convincing as a scary bitch, but she was too self conscious to be very cool. She seemed a little too proud of being a scary bitch. So I liked the dude better.

Overall with all these americans and spaniards and mexicans working together on this one, and then the americans changing the title and cutting parts out, I think it turned into kind of a mess. Some dude told me it is based on a book by the same guy who wrote Wild At Heart and the character of Perdita Durango is in that movie. Maybe that it is why it is kind of sloppy and uneven, that’s what that dude is into. I guess the original ending had the bad haircut dude getting sucked into a tv playing High Sierra and then he gets killed by Humphrey Bogart.

But it has a good outlaw spirit to it and some moments of great inspiration and style so I think we can expect this individual de Iglasias to make a comeback. He’s only made a couple pictures, the first one being Accion Mutante which is only available for the europeans, so I don’t think he’s burnt out yet. I mean I CERTAINLY don’t expect him to be making movies about gladiators and hobbits anytime soon.

Alex de la Iglesia
This entry was posted on Monday, May 22nd, 2000 at 11:40 am and is filed under Action, Comedy/Laffs, Crime, Drama, Horror, Reviews, Vern Tells It Like It Is. You can follow any responses to this entry through the RSS 2.0 feed. You can skip to the end and leave a response. Pinging is currently not allowed.

One Response to “I have seen the future of Badass pictures”