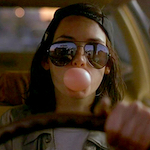 This is Jarmusch’s fifth film. It’s possible I’d seen STRANGER THAN PARADISE and DOWN BY LAW already, but I suspect I rented them after seeing this. (I know I’d never heard of PERMANENT VACATION and saw MYSTERY TRAIN later.) So I may not have realized that by his standards it was kind of commercial: in Winona Ryder (who had BEETLEJUICE, HEATHERS and EDWARD SCISSORHANDS under her belt and was about to do BRAM STOKER’S DRACULA) he had his biggest movie star to date, and despite its simplicity it sure seems to have a bigger budget than his previous films, since it’s filmed on location in four different countries. END_OF_DOCUMENT_TOKEN_TO_BE_REPLACED 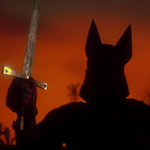 But it felt overdue for a revisit and on this viewing all that stuff finally clicked for me. Though I always thought it was a stylish looking movie, I feel like I didn’t fully appreciate just how much, or how special that made it. And everything else worked better this time too. END_OF_DOCUMENT_TOKEN_TO_BE_REPLACED 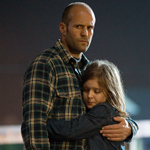 This is the second movie in a row where Statham starts out wearing a long hair wig. This time it’s because he’s a DEA agent undercover in a biker gang. He busts the kingpin Danny T (Chuck Zito), whose son gets shot to death by other cops. Danny and his gang want to kill the shit out of him for this so he has to shave his hair. Also he either goes into witness protection or just retires and moves to a small town somewhere in Louisiana. END_OF_DOCUMENT_TOKEN_TO_BE_REPLACED

Well, I had to re-watch the basketball scene for research, but I decided instead of just watching the scene I wanted to sit and watch the whole movie again. I’ve always liked this one and thought it got a bad rap. It lacks the seriousness and groundbreakingness of ALIEN and ALIENS, but in its own way it’s a highly entertaining sci-fi popcorn movie with great characters, great set-pieces, original ideas, cool monsters and lots of weird shit that only this particular director would’ve done. That last one I’m afraid is probly one of the reasons it’s so hated. Alot of people don’t like seeing things they didn’t already plan to see.
END_OF_DOCUMENT_TOKEN_TO_BE_REPLACED

Natalie Portman plays a New York ballet dancer who’s very good but still just does background parts. To her surprise her boss (Vincent Cassel from EASTERN PROMISES) gives her the lead role in Swan Lake. It’s a dual role and he thinks she’s perfect as the Swan Queen but not yet ready for its evil twin, the Black Swan. (It’s not like an Eddie Murphy dual role where you just wear a fat suit, she has to actually dance in a different style.) So the movie is about her struggle to please him, do a good job and not get replaced. She doesn’t want to end up like her mom (Barbara Hershey), a dancer who never really made it big, or her hero (Winona Ryder) who was forced to retire and seems to have snapped because of that betrayal.
END_OF_DOCUMENT_TOKEN_TO_BE_REPLACED

Going on opening night of course I saw it in a sold out crowd that must’ve contained some hardcore Trekkos (that’s what they prefer to be called – the word “Trekkies” was made up for the classic documentary and to true Trekkos is considered ten times worse than the n-word) but I never even felt a twinge of that nerdophobic uncomfortableness I felt when I went to see SERENITY. Midnight show in Imax might’ve been a different story, I don’t know, but my point is this thing is reaching far outside of the nerd audience. They said we weren’t ready for a black president, and they were wrong. They never said we weren’t ready for a cool STAR TREK, because nobody was even gonna argue that one. END_OF_DOCUMENT_TOKEN_TO_BE_REPLACED 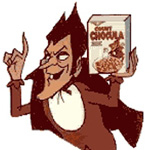 Whatever you want to call it, watching My Father Is a Hero really made me sad, especially when I found out this is the same picture the motherfuckers at Dimension or whoever have released as The Enforcer. The picture on the front shows Jet kicking a dude and although his son, Little Vern, is mentioned on the back, they really make it sound like he’s not in it that much. And I’ll tell you what folks that made a motherfucker even sadder to see my fellow americans pulling this kind of garbage on Jet and Little Vern. END_OF_DOCUMENT_TOKEN_TO_BE_REPLACED